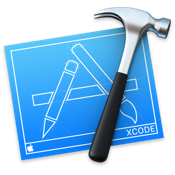 Innovative tools help you create great apps
• Swift is an intuitive programming language that is safe, fast, and modern
• SwiftUI is a revolutionary new framework to create user interfaces with a declarative Swift syntax
• Playgrounds are a fun way to experiment and interact with Swift code
• View debugging shows a 3D stack of all your app's UI view layers at runtime
• Split editors in virtually unlimited ways, show previews, or choose an assistant to see related content
• Live Issues display errors as you type, and Fix-its improve your code with just a click
• Source control navigator and service integrations help you manage code across a team

Professional editor and debugger keep your code front and center
• Refactoring makes it easy to modify the structure of Swift, Objective-C, C, and C++ code
• Open Quickly instantly opens any file within your project
• Data tips and Quick Look can inspect a variable by hovering your mouse over code while debugging
• Third-party app extensions can add new capabilities to the source editor

Test driven development is built right in
• Use the Test Navigator to add, edit, or run unit tests or user interface tests with just a click
• Test Assistant makes it easy to edit your code and related tests, side-by-side
• Create continuous integration bots to build and test on a server Mac running Xcode

Instruments for performance analysis
• Compare CPU, disk, memory, and GPU performance as graphical tracks over time
• Identify performance bottlenecks, then dive deep into the code to uncover the cause
• Analyze your app directly, or sample the entire system with very little overhead
• Create custom instruments with unique visualizations to analyze your own code and frameworks

To test or run applications on an iPhone, iPad, Apple TV, or Apple Watch all you need is a free Apple ID. To submit your apps to the App Store you must be a member of the Apple Developer Program. Some features may require Internet access. 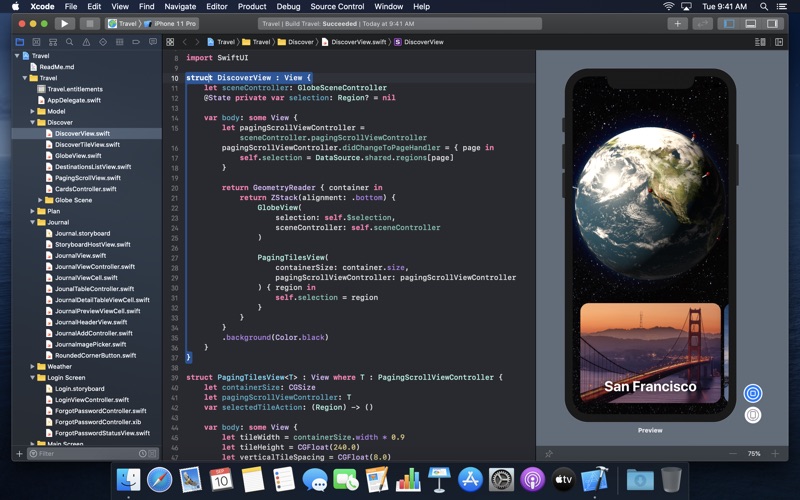 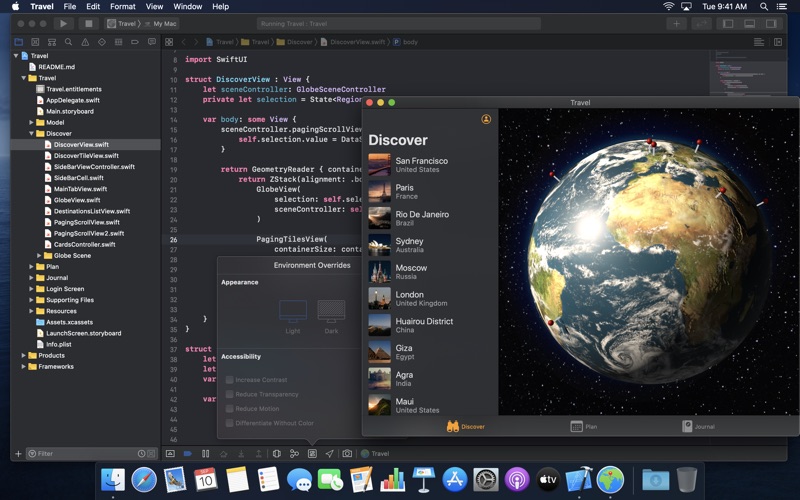 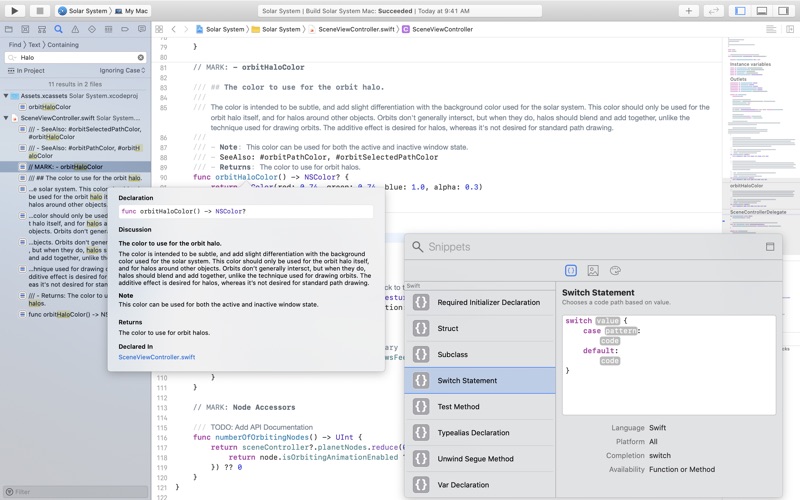 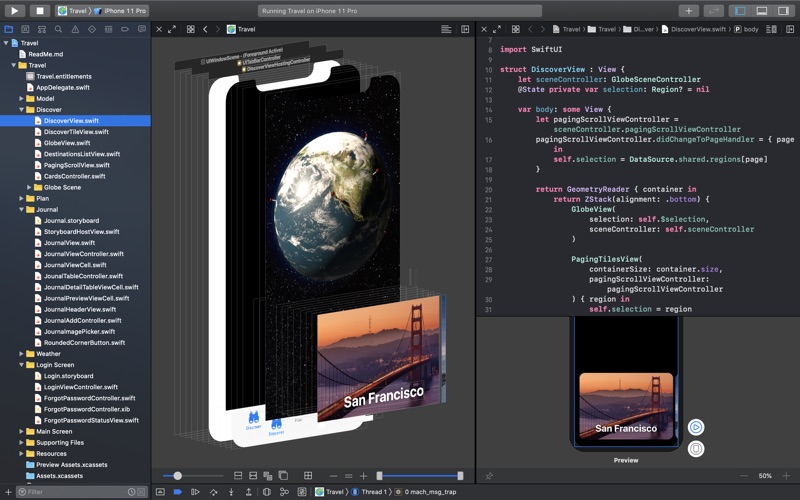 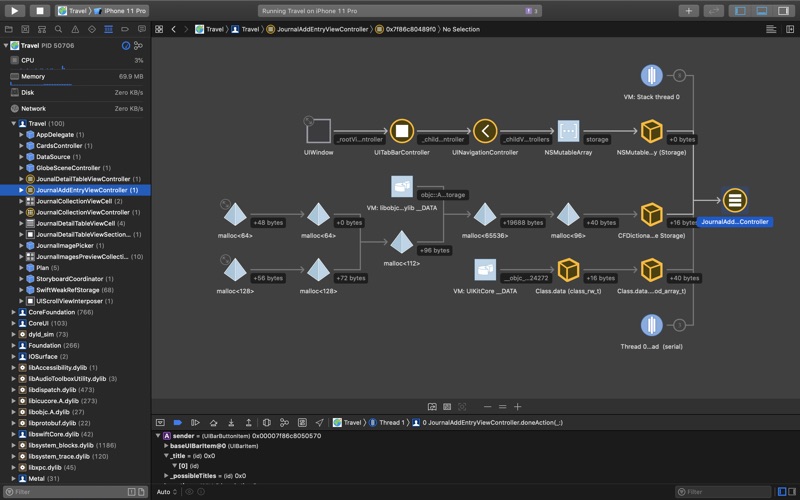 Good lord. . . - Raise your hand if you’re tired of people trashing a program because they have trouble downloading it. Sure, it may be an issue for some but when I, for one, look at an agerage rating in the App Store I expect it to be about the app itself. I understand frustration, especially with Apple not being highly responsive, but I think venting about the download process in a review is highly misleading. Aren’t there other more productive places to air this?

Breaking rules, ignoring standards - Not only is Xcode 6 significantly less functional than before (because features have been disabled pending the OS X Yosemite release), but it blantantly ignores Apple's own interface guidelines and standards. How is it okay for Apple to disregard the rigid standards they hold everyone else to? Why do they insist on forcing the hideous new design upon us even before the Yosemite release? They give us hideous, flat icons, they change the font, and make everything significantly brighter than in every other app they have out. What are they thinking? This would be perfectly alright in Yosemite, as it would fit in and contribute to the new design, but right now it just stands out. In addition to that, the progress bar is only two pixels tall. Think about that! My screen is 900 pixels tall, and two pixels is just insanely small! Apple, if you delete this review like the four I wrote before (which were VERY considerate and sounded much less hateful), I am going to stop using your products. You have already ruined my career, so stop preventing poor reviews from showing up.

Appalling.. - Start to finish, the Apple development pipeline is a travesty. I wish that developers had the option to completely ignore this platform, because Apple is clearly ignoring the developers. The tool is the most counter intuitive piece of software I've ever laid eyes on. The information provided in errors (which there are certainly no shortage of) is limited, the documentation provided online - limited and again counter intuitive. I've gotten to the point that things work and I'm terrified to touch a single setting because I know it's a hair away from exploding. This reflects every ounce of poor American business practices and it makes me sick.

Updates take forever - Updates are always many gigabytes, even for minor point releases. Even after the huge download completes, it takes forever for the thing to install. The status symbol in the app store seems to get stuck in the very last 3%.

Will Not Download - I waited for this massive 8.09 GB app to download. It took a couple hours and then got hung up on installing and would not instal. I have a brand new Mac I bought from the Apple Store just last year. This should not be happening.

Slow and laggy / delays while editing - I'm using a 2019 maxed-out 16 inch Macbook Pro with 64 GB of RAM. Even after a restart when I'm only running XCode there is a 1-2 second lag time from when I type a character to when it is displayed in the XCode editor. That's ridiculous. How much do I need to spend on Apple hardware to simply have a responsive editor? I'm at the top of the current MBP line, so is it responsive on a Mac Pro or iMac Pro? 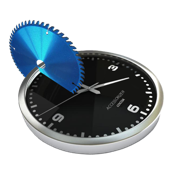 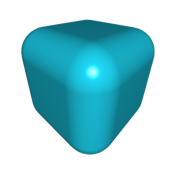 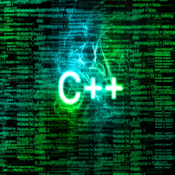 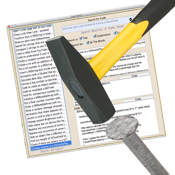 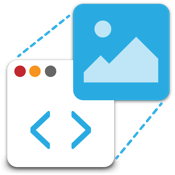 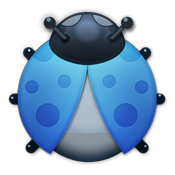