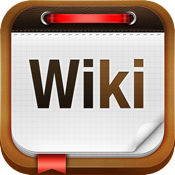 66% OFF WITH TwoDollarTues! ONE TIME SALE!

Wiki Offline delivers the premium reading experience for the entire corpus of human knowledge. This premiere service is the result of collaboration with over 1000 users just like you. Join the myriad of scientists, teachers, frequent flyers, vacationers, parents, and knowledge lovers whose lives have been improved by Wiki Offline.

Upon launching the app, you will be prompted to download Wikipedia onto your device. EVERY article will be available for you with no internet connection required. It has been meticulously compressed (English is under 3GB) while maintaining all of the data in every single article. (Note that pictures and tables are not included, but can be downloaded from within the app). This download is fully resumable and hosted on high speed servers located around the world.

Out of the box, each user can download one language database. To accommodate users who have requested multiple databases and the ability to update the database periodically, we have utilized the new Lion In-App Purchase mechanism. Note that this requires OSX Lion 10.7+

For a nominal fee to support bandwidth costs, users can elect to subscribe (via in-app purchase) to additional databases. This one-time purchase per language allows the user to download this additional language on all of their computers that run the app, and gives them the ability to download future updates to this additional purchased language.

TESTIMONIALS
- "I've used all of the other competitors and Wiki Offline is by far the best! It's faster, prettier and works better." -- Carl, Principal
- "This app settles arguments for me (I usually win)" -- Arrie, Businessman
- "Wiki Offline on an iPad is the closest thing yet to a real Hitchhiker's Guide to the Galaxy! You have to admit that being able to hold that much knowledge in your hands is amazing." -- John, Software Engineer
- "I can't be the only one who feels like this app should have cost a lot more!. To have it so brilliantly designed with such a touch of elegance makes all the difference in the world. Way to go avocado hills. I love you guys." -- Jean, teacher in Haiti 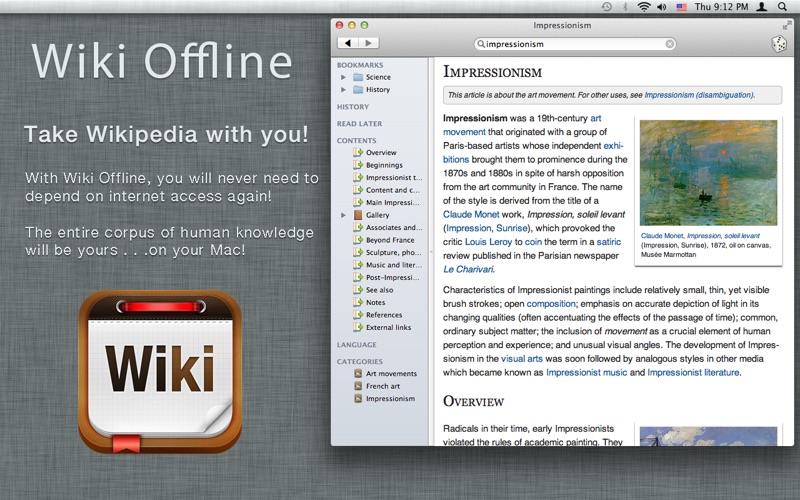 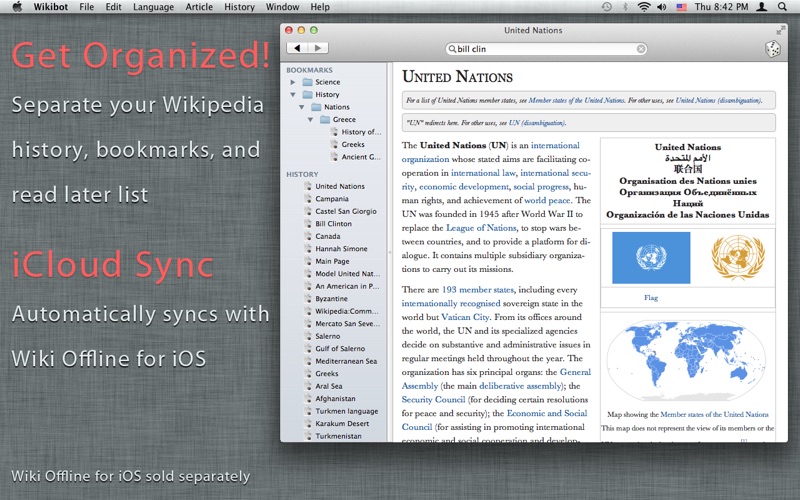 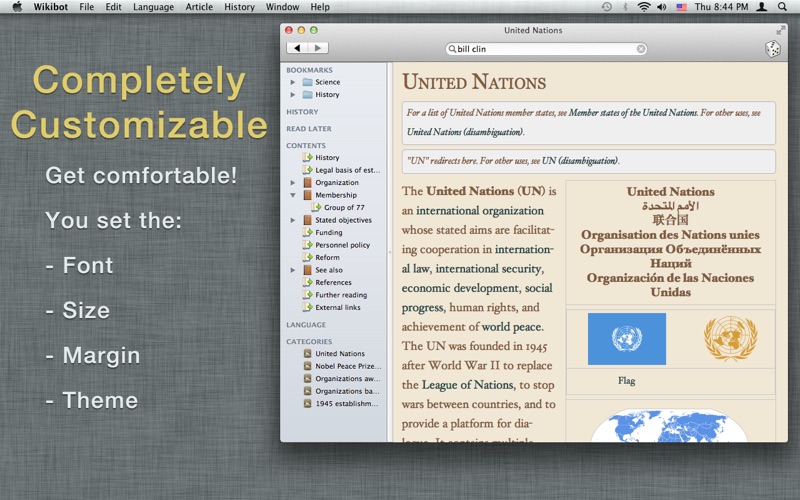 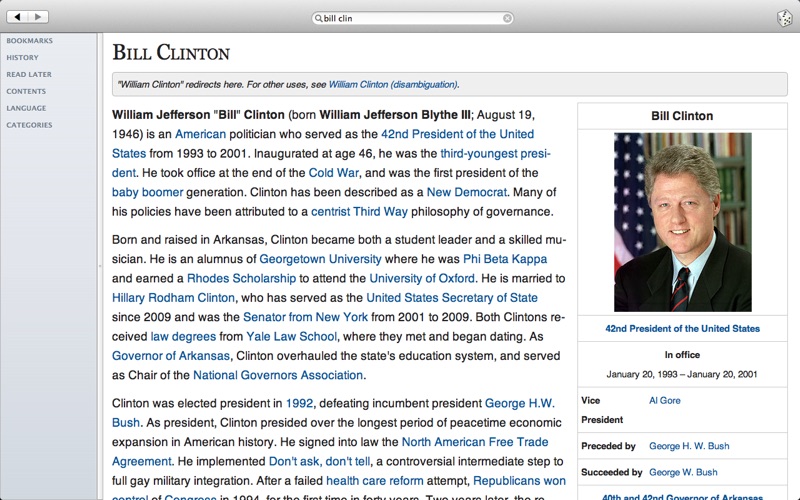 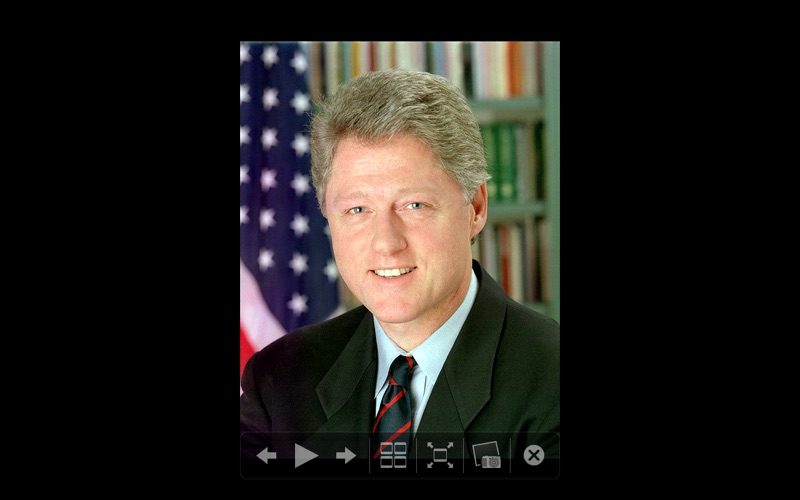 Great App - This is a very handy app and does a wonderful job of giving you all of the info offline and it's faster than using wiki online since it has all of the data locally. Also, the developer got back to me almost immediately when I had a question. However, it is still just a bit pricey. Ten dollars is still a bit steep for a program that reads a file downloaded from wikipedia.

Expensive worthless piece of crap of an app!! - I want my money back!! This app has gone through so many updates, with each one worse than its predecessor!! How is it possible that Apple is not checking the quality of apps that customers pay good money to install on their devices?? Crashes CONSISTENTLY and won't allow the databases to be updated…great job developers and Apple quality control! #sarcasm - I want a REFUND!!!

Great concept, faulty app - Wiki offline is a great idea. It is still too raw, though, in a way that you would expect from a Beta app. It crashes often, cannot locate some articles, and has functions missing. I originally gave it 3 stars, but it is just too buggy. 2 stars.

I will change my rate after few monthes. - Update my review and rate: Now I reduce two more stars from my previous rate. The reason is the desktop is much worse than iOS version. It is elusive for me why the quality of desktop is this worse. The search function is not working properly from time to time. Some of the entries could be easily searched in iOS version, but not on desktop version. I doubt the data management system is not the same as on iOS version. So I will change my rate to two, as this app is still usable but frequently not works properly. I don’t recommand this app for anyone. If you trully need an offline wiki library, I highly recommand the iOS version.

Handy app when internet is spotty or nonexistent - I often find myself in places with bad or no internet connection so I really enjoy having offline access to wikipedia. The articles have the pictures removed (probably to conserve HD space) but are still very informative and have working hyperlinks between the articles. And if you want the pictures for a specific article you can use Wiki Offline with an internet connection and go to that article. The pictures are saved so you can see them offline after that. My only complaint is that some words and symbols get removed from the text of certain articles so that it can be confusing.

Can’t Download English Database - I’ve been trying to download the offline English database for several days - no matter the connection it won’t download. It gets maybe 5% done then sits at 0kb / second download & never goes anywhere. Please fix this & I’ll fix my review.

Great concept, faulty app - Wiki offline is a great idea. It is still too raw, though, in a way that you would expect from a Beta app. It crashes often, cannot locate some articles, and has functions missing. I could give it 3 stars, but here is 4 in a hopeful mood. I hope it improves as it goes on. 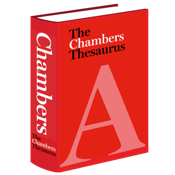 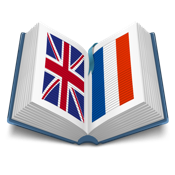 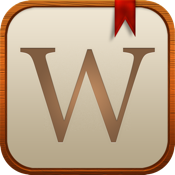 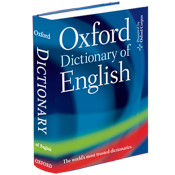 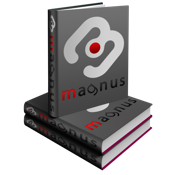 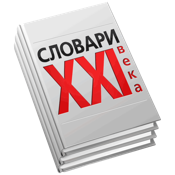