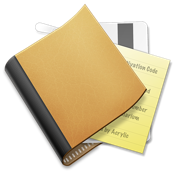 Wallet is the simplest and easiest way to secure and keep track of your most sensitive information. Think of Wallet as your personal, flexible database, where you can store passwords, credit card details, app license keys, and more.

In addition to passwords, Wallet's flexibility allows you to create custom groups to organize any kind of data you want. You can even attach and encrypt files from your Mac to individual entries in Wallet.

When you keep your most precious information in one place, it's important to have strong security protecting it. Wallet utilizes 256-bit AES encryption to lock and secure your database - the de facto standard in encryption technology.

In addition, Wallet can automatically lock itself when it's inactive or when your Mac goes to sleep, clear the clipboard after use, or even tell you if anyone else has been snooping around with the Access Log.

Now you can easily unlock Wallet using just your fingerprint, with support for Touch ID on the MacBook Pro.

Wallet features seamless optional cloud syncing, meaning you'll always be up to date no matter where you are. You can keep multiple devices in sync using your Dropbox account or a WebDAV server.

Best of all, your synced database acts as a secure, remote backup. If something happens to your computer (or you want to set up Wallet on another computer), it makes for a quick and easy recovery.

Access Wallet directly from your browser. Wallet's browser extensions let you AutoFill forms on any web page using your Wallet data. You can also save new passwords directly to Wallet. Just click the Wallet toolbar button in Safari or Google Chrome, type in your Wallet password, and you're ready to log in.

• Wallet for iPhone and iPad

Take your most important information with you on the go. Wallet for iOS (sold separately on the iOS App Store) lets you access your entire Wallet database anywhere you are. By syncing with your Mac over the air or using your Wi-Fi network, your information is always up-to-date and ready to go.

If you have a Dropbox account, syncing is even easier. Just tap the sync button anywhere you are, and Wallet seamlessly updates your information over the air using cellular or Wi-Fi. 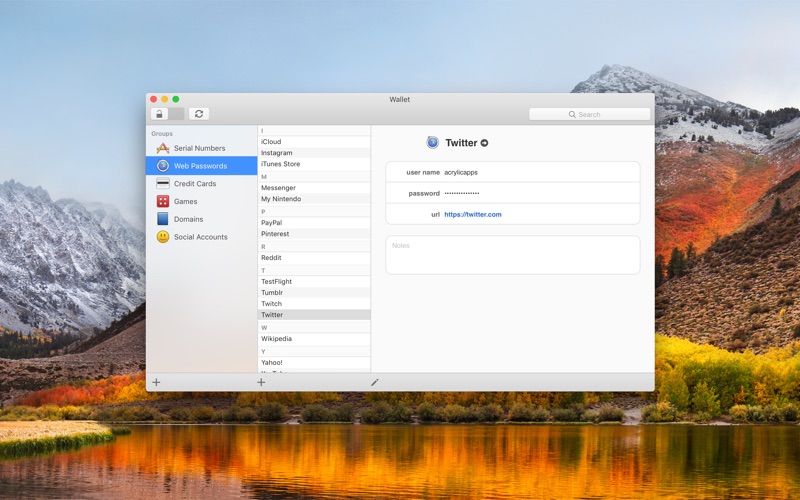 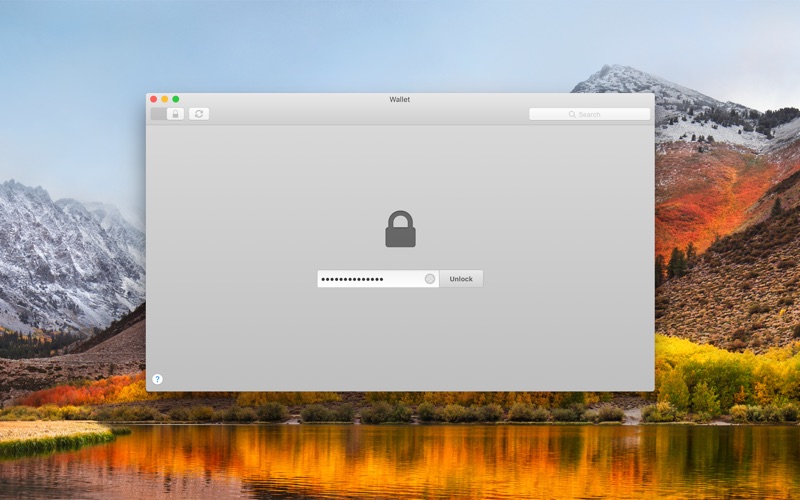 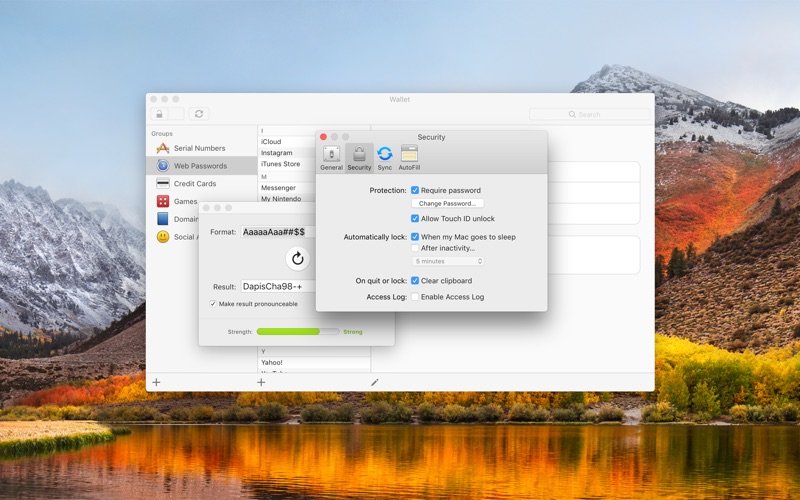 Easy to use, familiar design, and syncs with iPhone - I used to keep my web passwords in an unsecure document file on my computer (not a good idea). I knew I needed to encrypt the file, but I never found an easy, convenient way to do it. Finally a friend told me about Wallet. It's easy to use, well designed (feels a lot like Address Book), and syncs easily with my iPhone via wifi or MobileMe so I can have all my login/passwords with me while I'm away from my computer. (The iPhone app costs an additional $4.99 from the App Store.) TIP: When syncing with the iPhone app via wifi, make sure both apps are unlocked before attempting to sync. Otherwise the iPhone app will close automatically (appear to crash). This is just a security feature, but was a little confusing the first time I tried to do it.

Extremely Poor Customer Service - I have a very different opinion of this software and it's creator/founder, Dustin MacDonald. I have owned this software for a few years and my biggest complaint has been the horrible customer service it provides for its customers. The apllication is average compared to some of the other competitors, but the customer service stinks up to high heaven and the owner is very disrespectful and not a man of his word when it comes to standing behind this product. I feel ripped off because he completely disappeared for months without a trace until we eventually found out that he took a job with Facebook and then he turned around and charged all of his previous customers like myself another fee for the same product for a simple update. We were left with no ability to use Dropbox because he did not fix the problem before he mysteriously disappeared. I think this is a very poor example of how customers get ripped off by unethical programmers and so-called entrepreneurs. I would not recommend anyone purchasing this product because the product, in my opinion, is average at best and the customer service is absolutely horrible. Buy it at your own risk! "A good product and poor customer service spells an accident waiting to happen!"

The best Password Manager Available - While true there was a patch were there were no updates, the app continued to work and work. The sync issue with dropbox was fixed in the last RECENT update. I have researched every option out there and even before the last update this app is so much better than anything out there. The ability to attach files to the individual password records is awesome and unique. You can attach the receipt and license codes for example along with the password info. You can customize the records every which way for whatever your are storing. (Great for credit card numbers, parts listings, everything. NOTHING IS EVEN CLOSE TO WALLET!

Long Time User - I've had this app for Years. I've been through the majority of the updates and I have yet to find another app that works as well as this does. The categories and groups are great to keep my accounts sorted and easy to find. For me, it works great and I have tons of accounts. The only thing I'd like to see changed is the sync feature. I'd like to be able to sync via WiFi automatically and I'd like the ability to see it sync from the most recent device to other devices automatically. Otherwise, its great, efficient and easy to use. I love the ability to open the app, then choose the account and the url opens it up automatically and fills in the info. So helpful!

I tried going with another app, but came back to Wallet quickly - Just want to add my view on Wallet. I have had the iOS app for many years. I just recently bought the desktop app as I wanted to export the database to CSV. I have loved the iOS app and was surprised when it was no longer being updated. I received a message about not being able to continue working on the app. I understand that programmers are people too. There are big house developers and there are developers that do most of their own stuff and don’t have the “big money” backing and sometimes in this life, we have to choose supporting ourselves and if you were offered a job with a big company, tell me you wouldn’t go… For the guy complaining that the programmer left: Again, I don’t think he has major financial backing and I can understand not being able to continue the work. It IS A LOT of work. The truth is that he came back. I stuck with Wallet iOS even after there was no support. I started to move to another software… Tried out many, and yes there are fancy ones out there, but none of them measured up to how I was used to using Wallet. So, I dug in and decided to use the app as long as I could get it to work and it did work. I sent the developer a message asking how to convert the database so that I coulde move it to another app and although the iOS version didn’t support it, he gave me some instructions. I followed the instructions, but I was never happy with any other app.I was about to give up and for some reason tried to update Wallet one last time and to my surprise, IT UPDATED!!! After a couple of messages back and forth, he did explain to me that Wallet desktop has the export feature to CSV and Tab Delimited Text. If the app is no longer supported, this can be used to convert the database. Companies come and go sometimes and the app world is no different. I can’t blame him for choosing the best method to support himself. I can’t speak for others, but he has always responded to me when messaging him and he has always been respectful. Again, to the guy complaining, I’m guessing you probably weren’t respectful and was dished back what you gave out. You can’t EXPECT anyone to stay in a job their entire life. If they choose to, great. How many times have you changed your job??? Anyway, I am glad that he is back and supporting his apps and I will continue using them until I no longer can. Give respect/getrespect

No Longer Useable - App continuously crashes. I lost data that I set up far a website. Support is non-responsive. Unable to export a CSV file, because it crashes. I have to manually transfer hundreds of data to a better APP. Be careful!

This is a good one - Well, time for an updated review… I tried a bunch of the newer ones when my 15 year old son was asking what he should get. They’re all so flashy and make far too big a deal of things, and I don’t like the new tendency to implement cloud syncing between devices (all my passwords being up on a cloud seems rather counter to the whole purpose of protecting passwords), as well as the subscription model (I’d pay for good old -fashioned updates). This one just works. The flexibility is wonderful, I use it for storing machine serial numbers, hard drive security codes, pretty much anything that needs a code. The password generator is really great as well, as is the ability to export as CSV or text (something I’ve learned to do regularly since the last password app crashed and burned 10 years ago). I recently wrote to support to ask about a feature, and they were very responsive. I’ve been using it about ten years now, and I don’t even remember it ever “crashing” or failing in some way. Oh, and for the mouse-averse (like me), there are more then enough key commands. So, in an age where much software seems fairly janky and hastily put together or poorly implemented, this is one you can count on. 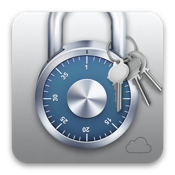 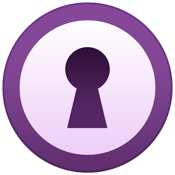 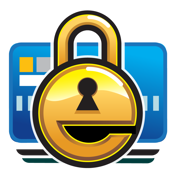 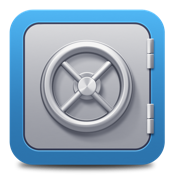 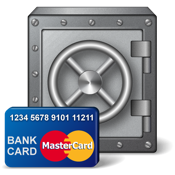 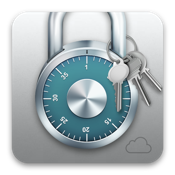