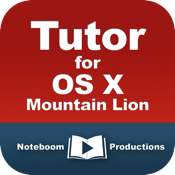 - "An excellent training tool. Highly recommended. Worth every penny."
- "The best tutorial out there for Mountain Lion."
- "Packed with useful information."

We not only tell you about OS X Mountain Lion, but we also show you how to use the major features of OS X as well as what is new in Mountain Lion including the Notification Center, iCloud, Software Updates, Dictation, Gatekeeper, the new Accessibility preference pane, the new Reminders app, the new Notes app, the updated Messages app, and more! This video tutorial is geared for both the new user to OS X and the new user to Mountain Lion.

Get the most out of OS X Mountain Lion with this Video Tutorial! 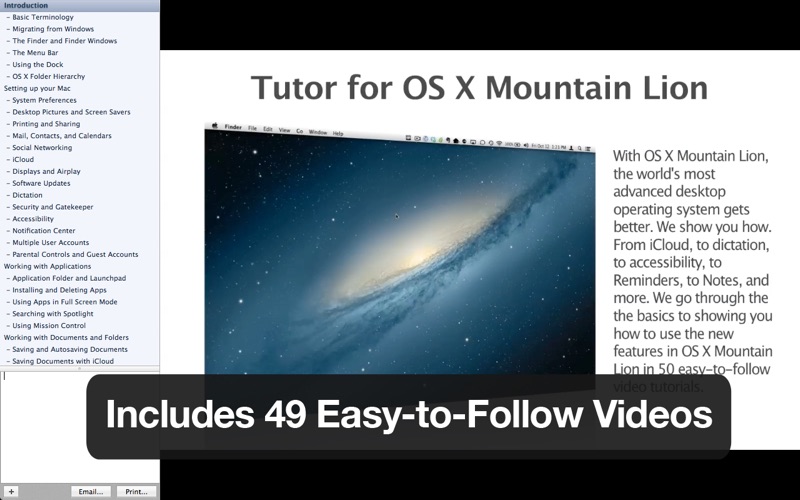 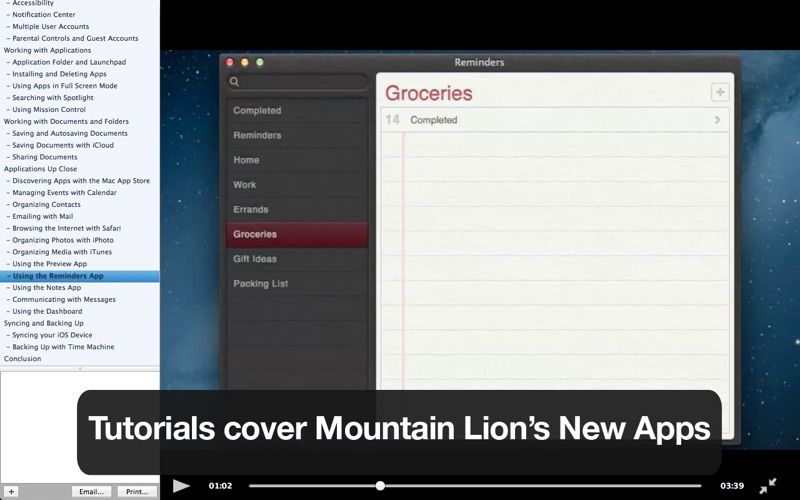 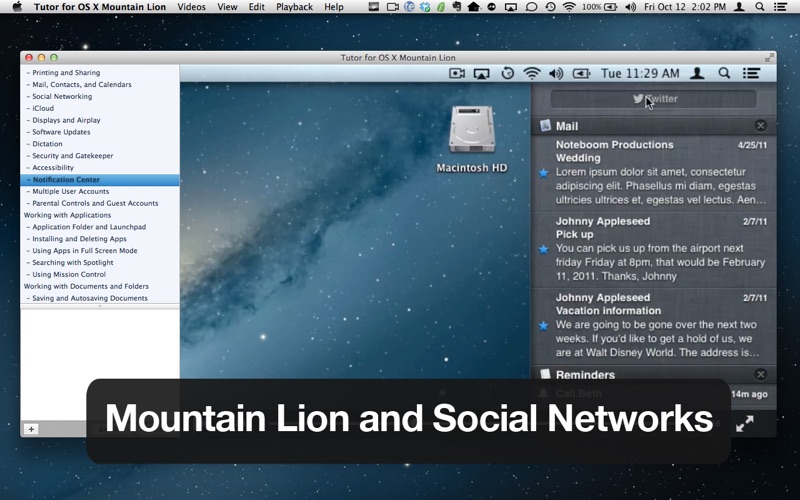 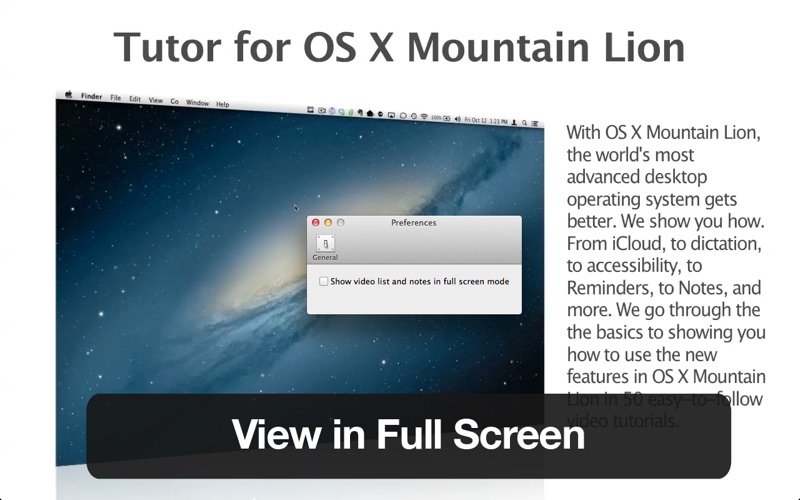 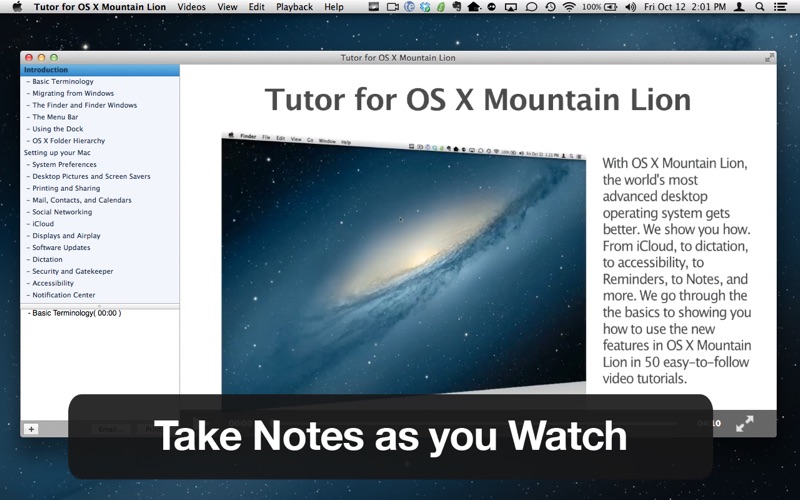 From Nothing . . . to . . . THIS! - I did the upgrade-train form measly Leopard, thru Snow Leopard; which I didn't even open, to Mountain Lion. So I went from "yeah, I know what I'm doing - got all the tricks down and life is beautiful" to the error messages; "Uh oh - you don't have the ultimate versions of This and That, so you'd better get on the ball toute suite, mister and take this Mountain Lion from my hand . . ." (cricket, or beetle - whatever the upstart was called). Afternoon turned into night and night followed the Star and Binky led me to the other side as daylight approached. (The next morning . . .): I could tell some of these things were not like the others, and didn't want to waste any time "just foolin' around", so bought the tutorial. Guy (Dan) has a nice voice, the ideas were well put forth and all, but what I found lacking was where he'd say (paraphrasing here) - " . . . and we're walking, and here are some of the available thingies which I'll only mention but won't tell you how they work, as my main focus is "over here . . ." At least a few times (but not many), Dan threw out the carrot, said: "LOOK! A baby Wolf!" and substituted an avocado in it's stead. One such instance was in Reminders. His list showed about a half dozen items on the left (mine only had two), and groceries was on his list. He didn't tell me how to put groceries on mine! Perhaps I was asking too much from a quick tutorial, I dunno. On the whole the presentation was informative and I had to take notes even! I'm glad I bought it. (I still don't understand the "flipping thru one screen after another - when I try this - I don't have a pad. [trackpad?] - just a mouse. If I "run thru" some pages, and one had involved a purchase - I get the " you've made a double purchase" message . . hmmmmm (durn the luck anyway). Dan's a great guy, seemingly and I wish him and Beth all the best. Thanks for the tuna fish sandwich, Dan!

Tutor for OS X - App is simple and easy to use. A must-have for mac beginners.

Tutor for OS X Mountain Lion - Outstanding! Easy to follow and understand. Well worth the price. 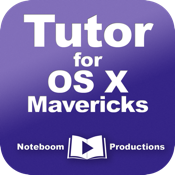 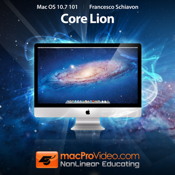 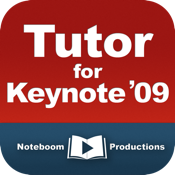 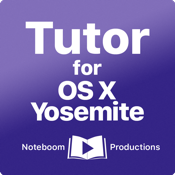 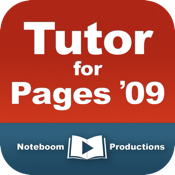 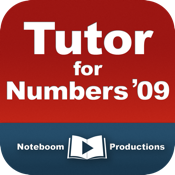