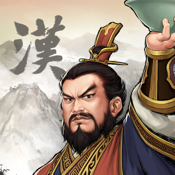 Three Kingdoms: The Last Warlord is a turn-based lord-playing strategy game developed by the Chengdu Longyou Studio. The studio created this game world set in the period of the Three Kingdoms mainly based on people's opinions on other games set in that period. The game is very detailed in depicting the differences between various cities and also the abilities and features of the military officers. The game also applies an appealing battle system in which weather, landforms, and many other factors will influence the result of each battle.
The game is based on the famous Chinese historical novel by Luo Guanzhong (about A.D. 1330 - 1400).

II. The governing modes are easy to get started with:
There are easy governing modes in the game so that players can manage various affairs easily and spend more time enjoying its other facets. Due to the game's lord-playing mode, players do not need to pay much attention to cities besides their own capital. Instead, they can order prefects to govern other cities and later on give them commands when necessary.

III. A rich variety of gameplay and contents
Over 1,300 officers are available in the game (including those recorded in historical books and novels).
There are up to 30 attributes for officers.
Over 300 features of officers are available.
Over 500 kinds of verified precious items have been applied to the game world for players of different preferences to choose from.
Over 60 cities of different styles and 200 features of cities are available.
There are also abundant techs research and development items.
Its system of combat units contains three main kinds of combat units and about 20 kinds of special combat units.
Ultra abundant official positions.
Numerous simulated natural phenomena, incidents and disasters will highly represent the calamitous period of the Three Kingdoms.
Travelling around will trigger various incidents.

IV. The turn-based battle mode requires careful planning in deploying troops
Weather, landforms, and even the height of the battlefield will influence any battles in the game.
There's also a siege mechanism with a great gaming environment. There are various siege vehicles for players to storm castles and also defending their own castles.

V. Other functions
There are also other functions available in the game.
Cloud Save
Steam Cards
The achievement system allows players to collect and show off achievements

Mac Version Patch 1.18 Update Notice (V0.9.5.1838)
Update Content: (October 17, 16:30)
New and optimized content:
1.Optimized Template function in Deploy. Changed the number of storage to 10 and added a reminder for each Template saved;
2.Optimized the special skill Kick Ass. Disorder lasts for 1 round.
3.Optimized the speed of CPU technology research and development in difficult mode.
4.Optimized the notice for new players.
5. Added a switch (Settings-System) to turn on and off all animations in main city;
Fixed Bugs:
1. Fixed the bug that Cao Zhi could not write books after he left office.
2.Fixed the relationship network Sun Ba ;
3.Fixed a configuration bug that caused a flashback after the troops were eliminated after Shen Pei releases skills;
4.Fixed the bug that the special skill Kick Ass would cause one's officers to be captured and surrendered;
5.Fixed the mistake of Yang Zhi and Jia Wu's official year in the scenario of The Northern Expedition;
6.Fixed the bug that the intimacy between Cao Ren and Cao Cao is 0. 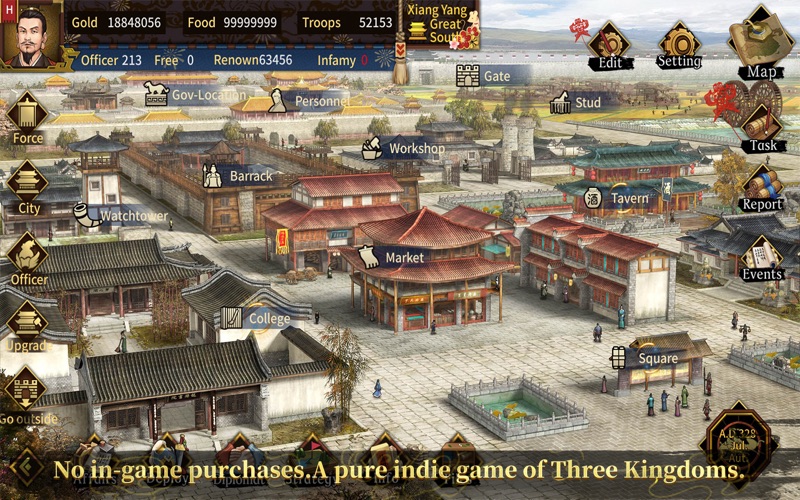 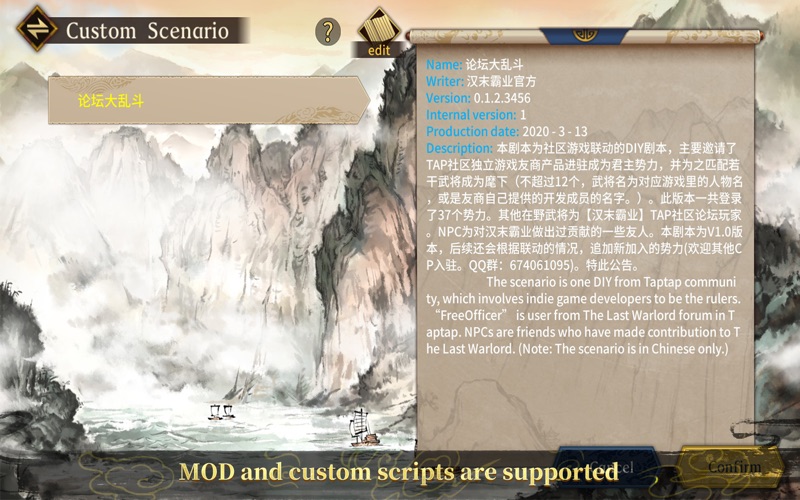 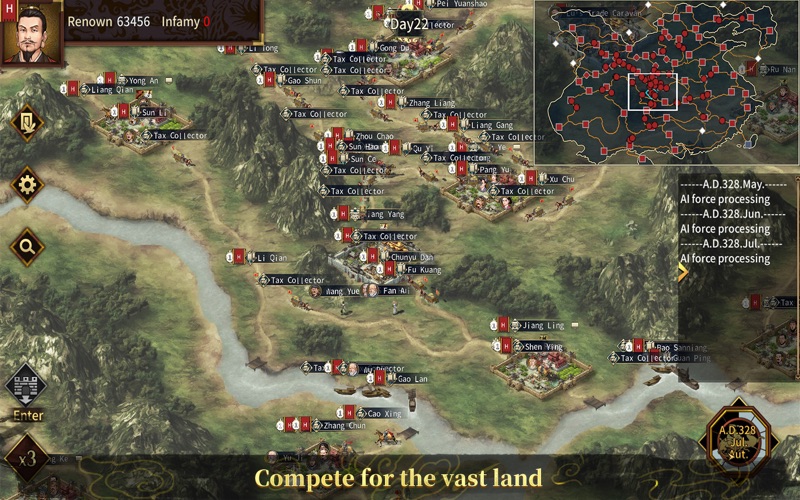 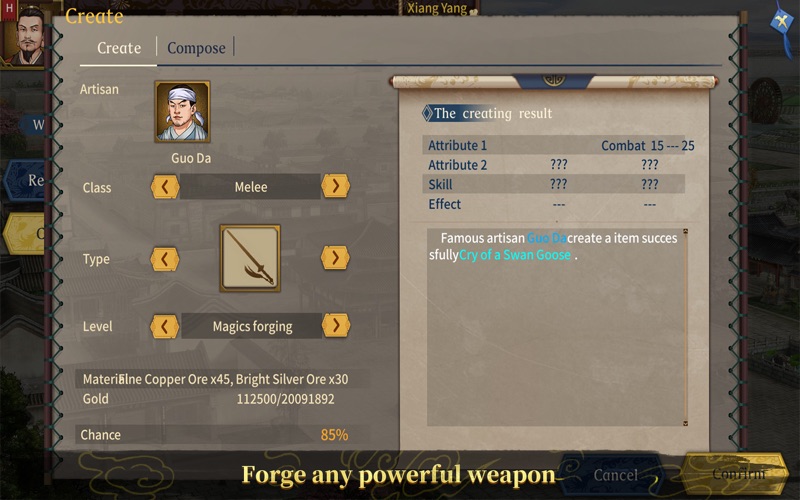 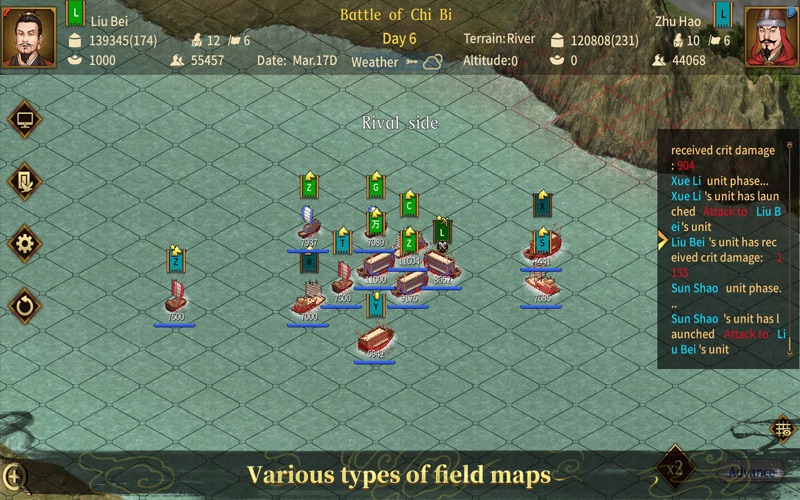 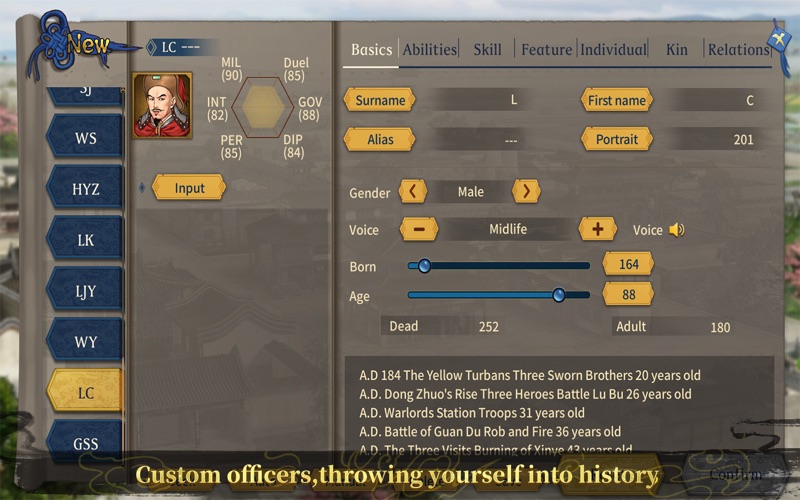 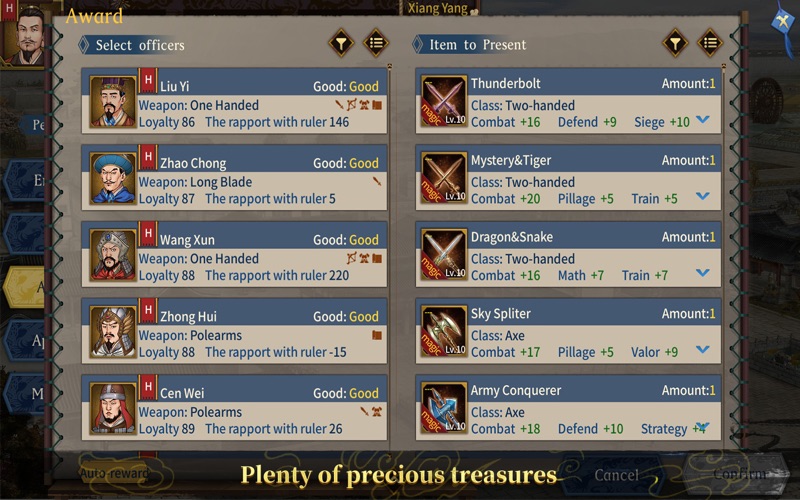 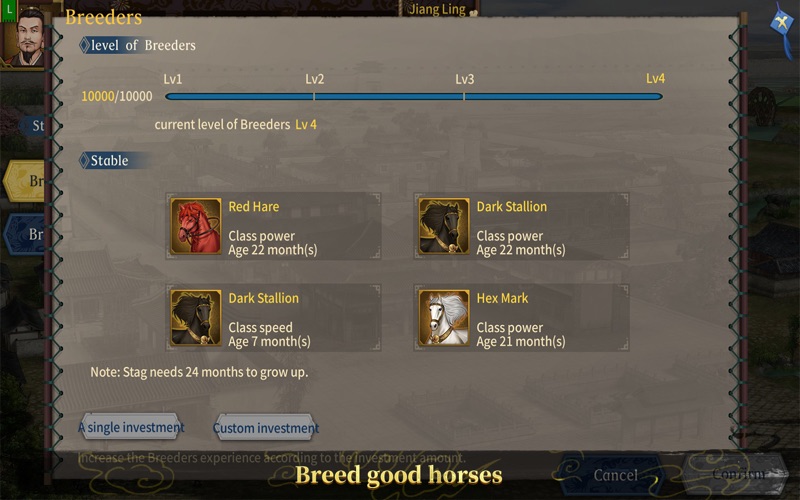 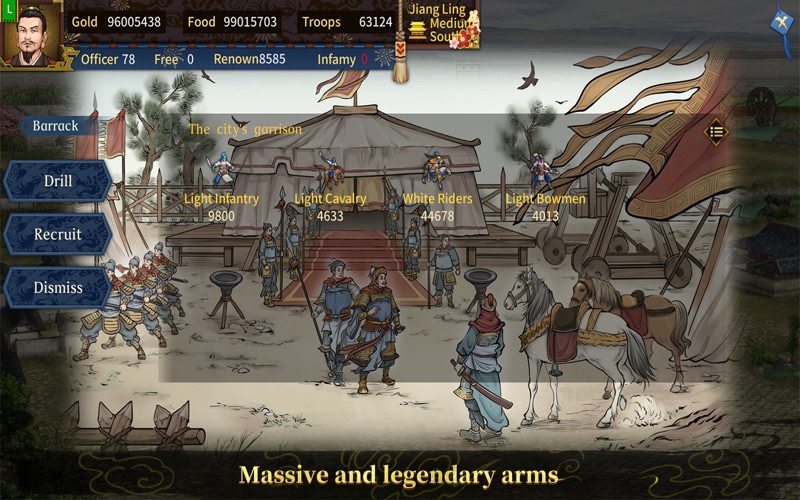 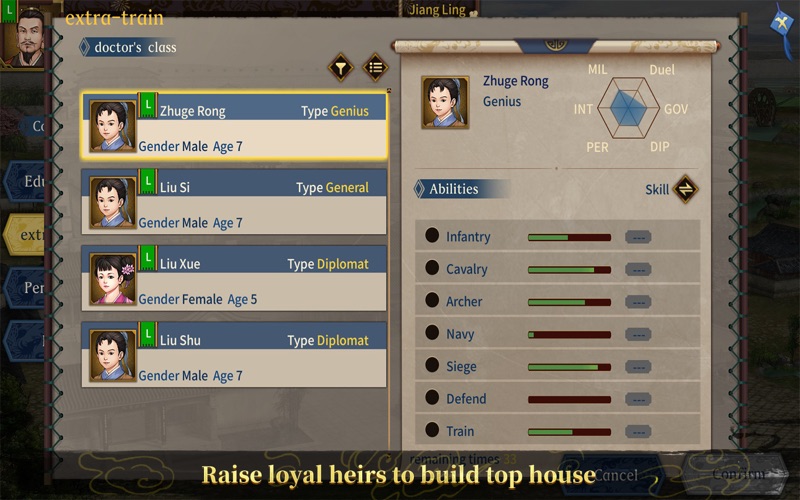