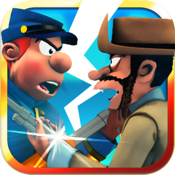 The Bluecoats - North vs South

"What better subject for a French studio to make a strategy game about than the US civil war? This remake puts a modern spin on the classic 1990 tactical title."
www.ign.com

“This game is a mix of Age of Empires and the Oregon Trail, but with a heck of a lot more action.”
“[…] See for yourself how great this iPhone/iPad game is ! ”
www.1greatapp.com

“A revival in the truest sense, Bluecoats keeps the best elements of the original, replaces parts that begged for overhaul, and wraps the altered formula in a much prettier package. If I had to choose one version to show off as an example of the true potential of genre mashups, it would undoubtedly be this one.”
“If you’re generally a fan of strategy games and have at least a passing interest in action, you’ll find lots to love in Bluecoats’ three-way mashup. The game’s greatest failing is simply that it lets you jump in on normal difficulty — it’s utterly clear that you need to move up the challenge ladder starting from the very bottom.”
www.ifanzine.com

“For small sessions it does a solid job of making you think on your feet. The iOS version makes far more sense to buy than the PC, and iPad owners will probably get the best out of it. The mini games certainly make for an unusually mixed strategy experience, just make sure not to get too good at the shooting and turn the difficulty up!”
www.capsulecomputers.com

In the colorful strategy game The Bluecoats - North vs South, you play the head of one of the armies of the Civil War. Your aim is to conquer American territory !
This is a remastered version of the game that was released in 1990, with improved graphics and user-friendliness that are up to current standards.

- Head up the Yankees or the Confederates, and destroy your enemy!
- Taking up positions, capturing states, assaulting and capturing enemy forts, attacking trains and protecting your railroads ...
- Capture the port to use the reinforcements coming from Europe.
- Protect yourself from storms
- Be wary of those Indians in the war and those Mexican bandits ... if you don't, you'll be in trouble!

To come out in one piece, you'll have to master taking turns, armed battles in real time, 1 against 30 shoot-outs, and horseback train chases. 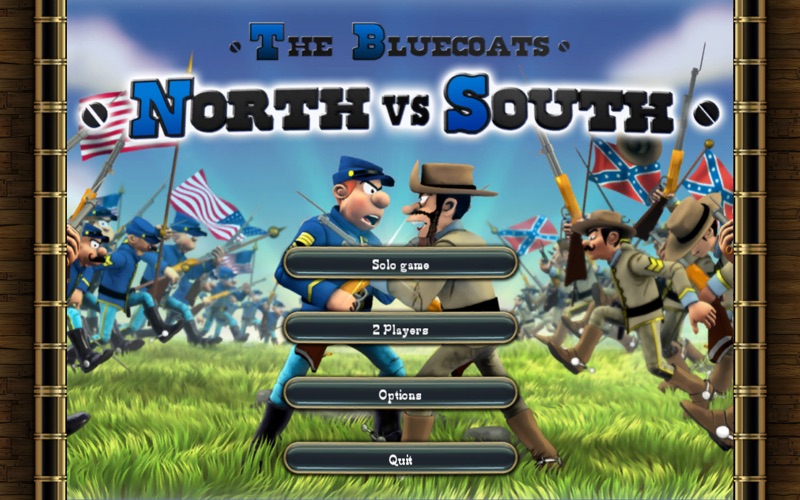 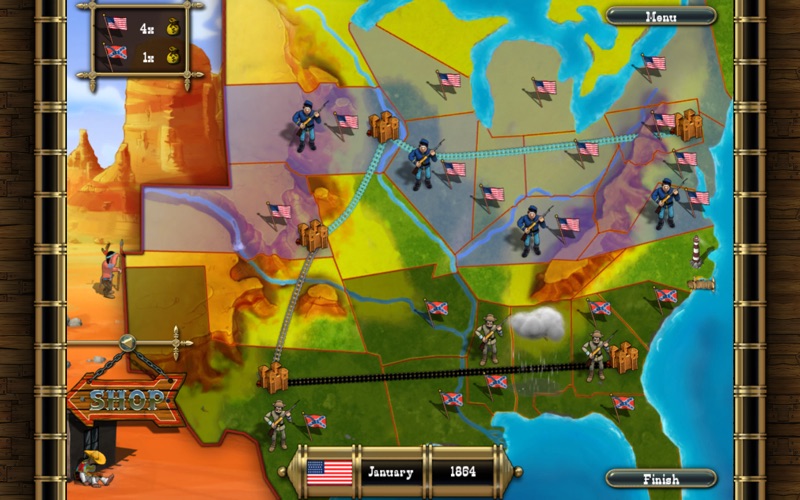 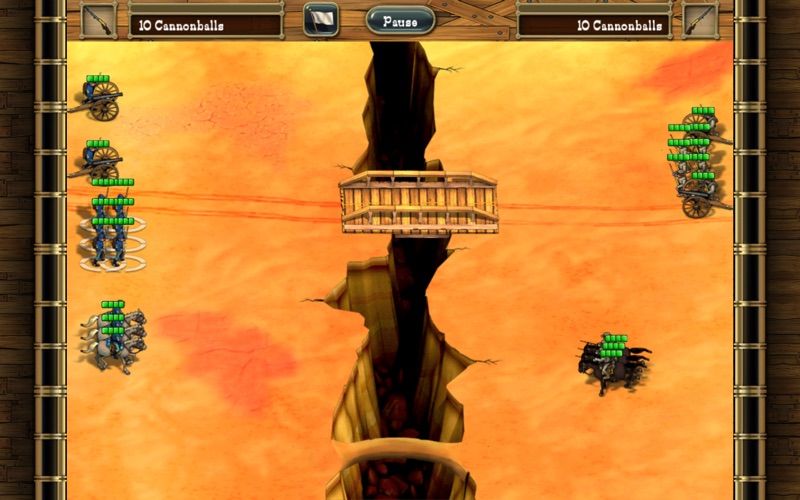 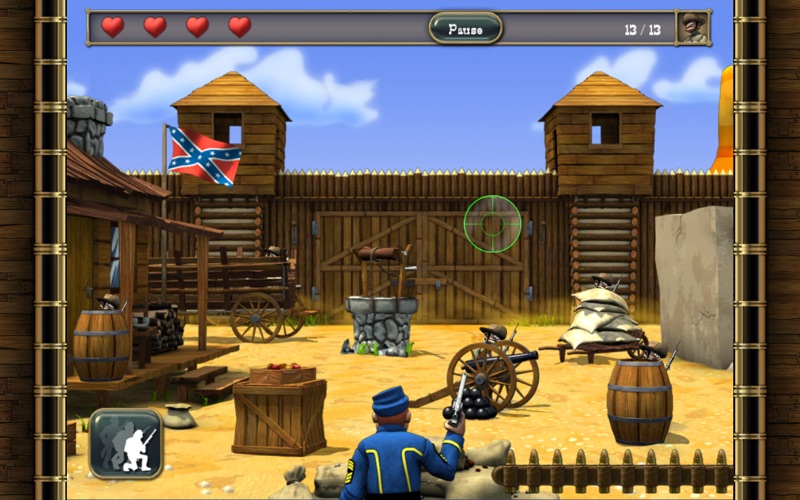 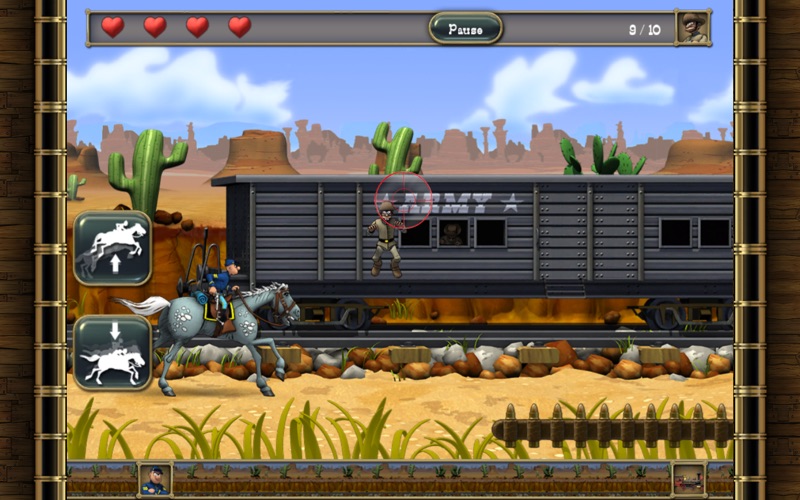 pretty good. It will be hard at first but you - GOOD

Terrible AI and Balance - This game is just awful. I thought it might be a fun light game, but the mechanics are terrible. If you play against the computer AI it is hard to win. I entered battles with massive forces but somehow lost more often than not. Even setting strong player vs. weak AI did not improve the game. Don't waste the money. 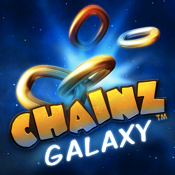 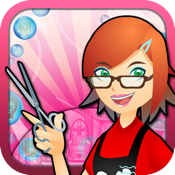 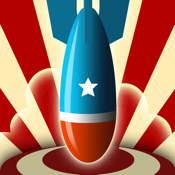 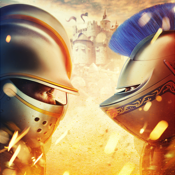 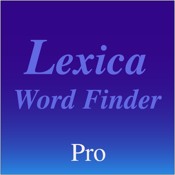 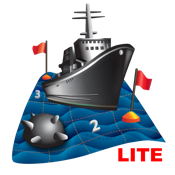