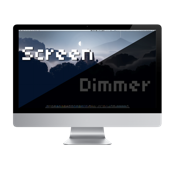 Having two monitors on OSX is both a joy and a pain. Simple things like viewing a movie or playing a game quickly become a hassle when you have one screen playing and the other blasting full brightness your face. There is no quick and easy way to "cover" or dim a single screen, so I got to work on a solution...

The result is what I am creatively dubbing "ScreenDimmer." It allows you to selectively dim up to three monitors in all sorts of configurations and opacities (brightnesses), while not interfering with your other applications. You could choose to have your second monitor be dim while your primary plays a movie, or maybe have your primary and third be full black while you play a game on your second. The possibilities are endless! Some of you with single monitors may also find this little utility useful as it will give you more "fine grained" control over your brightness.

I initially created this small utility for myself but it evolved into something that I am proud to release. I gave it my best and I hope you enjoy it!

2. Select monitor configuration
- Monitors are arranged based on their position relative to each other
- Selected monitors can be any configuration of 1, 2 and/or 3.

4. Use the slider to change the brightness level.

As always, don't hesitate to email me with any feedback or feature requests! I'd love to hear it. 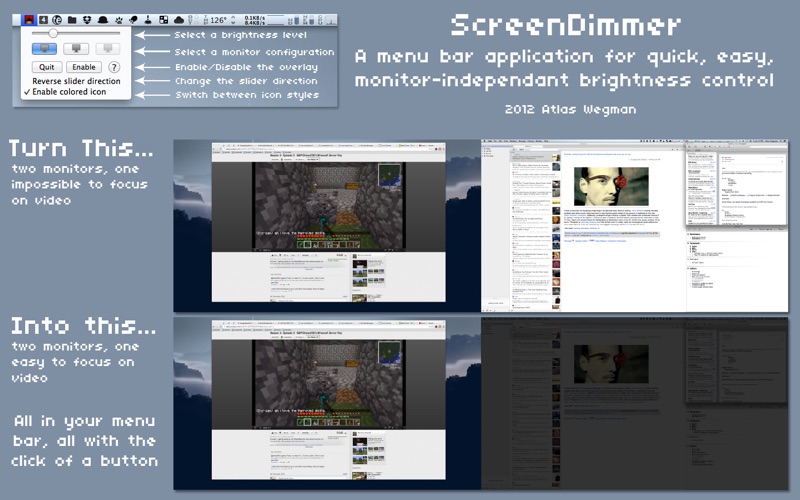 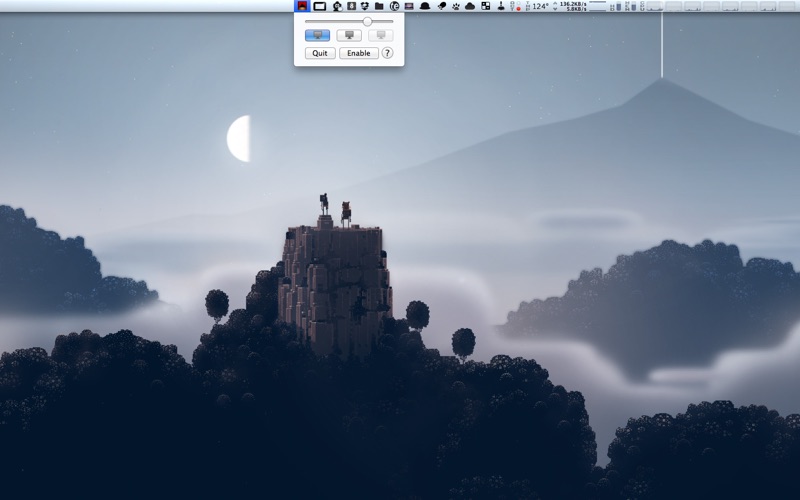 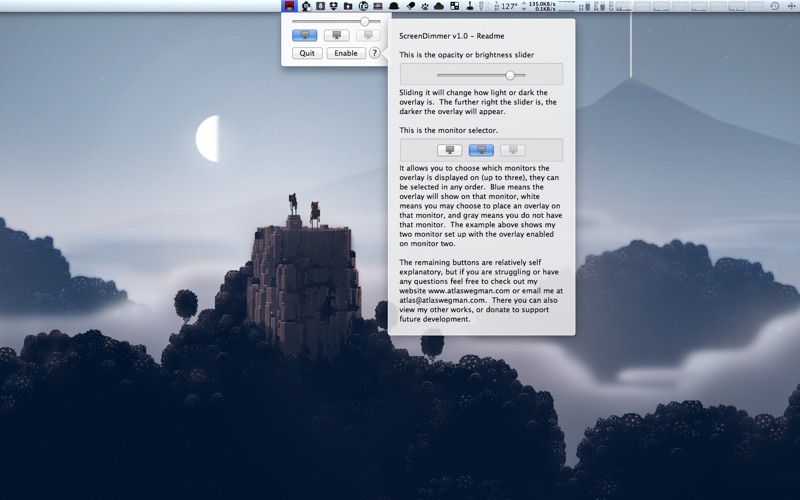 Huge improvement - The 1.3 update is a huge improvement over the last version. Now that the mission control/exposé issue has been dealt with, this easily takes the top spot as far as screen dimming solutions go. Easy to control and with a great range of settings, and the multiple monitor support works just like it should. Additionally, when I emailed the developer with my mission control complaint, I received some of the best support I've ever gotten. The dev has earned both my money and my respect. Do yourself a favor and buy this thing already!

Found helpful by 4 out of 4 people
2/5
Version 1.4
Review by D0paminefiend

Does not work correctly after waking Mac up from sleep - Once the keys are configured correctly the app works well adjusting the brightness of a second monitor. Unfortunately, after signing in again after the computer hasn't been used for a while, the dimming box is now on the other monitor (albeit off-center) and the controls no longer work for the secondary monitor.

IT WORKS! Triple non-Apple monitor setup - I’m a day trader and my eyes get fatigued about mid-day. I was getting severe headaches from it. I tried every free screen dimmer that was available and they all worked…but only on the main display. The other two were still pumping me full of toxic eye radiation! Heard about this while googling for a solution and just bit the bullet and paid the 2 bucks (seriously, so cheap!). It works. Dims all 3 montors at the same time to the same level. My eyes are still thanking me hours later. And listen, my setup is as kinky as it gets. I have one monitor plugged in via thunderbolt-to-hdmi as the last in the chain of thunderbolt devices. I have one plugged in direct to HDMI on the MacBook Pro Retina I use, and I have another one using a mini display port adapter. It works on all of them. Don’t hesitate. If you landed here, its because you need this app, and this app needs you. Buy. Be happy.

Found helpful by 3 out of 3 people
5/5
Version 1.4
Review by SergioSanDiego

PERFECT ! - Exactly wat I was hoping for. Works very well as described with each of my 3 monitors, which I can now adjust independently. I finally found the perfect solution for my third monitor (AOC E1759FWU) (the other 2 are Apple Thundebolt Displays) which does not have any other way to adjust brightness. Thanks Atlas.

Found helpful by 3 out of 3 people
4/5
Version 1.4
Review by hiphopwav

Almost Perfect... - Almost a perfect solution.. BUT it doesn’t work when you have more than 3 monitors. Please add full support for 4 and more monitors.

Found helpful by 2 out of 2 people
5/5
Version 1.4
Review by abcdefghijklmnopqrstu1

Doesn’t work - Cannot even open this app in El Sierra

Found helpful by 2 out of 2 people
3/5
Version 1.4
Review by Clearlight Insight

Works, but darkens screenshots. -- There’s is a workaround -- - ——————— Using this App ——————— First step is to set the relative brightness of each monitor independently once, via the monitor menu buttons or (keyboard brightness keys) to achieve a uniform brightness level, preferrably at the maximum level achievable. Thereafter, moving the app’s menu bar slider to the right decreases the brightness consistently among all the monitors (up to three of them). ———————————— An interesting approach ———————————— The problem is that it confuses the screenshot app (screenshots are darkened). The workaround is to temporarily disable the app via the menu bar item, take the screenshot and then re-enable it, but that is slightly jarring if suddenly your screens get a whole lot brighter. ———————————————————————————— Your app works for my hardware and software combination ———————————————————————————— I’m running High Sierra on my iMac 2015 (retina) with two P2715Q Dell 4K monitors. Unfortunately this release of macOS has no way to control the brightness of all three monitors. The software and keyboard brightness controls only affect main display. The lack of 3rd party monitor integration in that revision of the OS is a big step backward from the user-friendly integrated Thunderbolt display, which is no longer an option. That means I have to manually adjust the two Dell monitors to match the iMac display, which is a tedious hassle each time I have to do it. —————————————— Request for improvements —————————————— — Make this work properly with the DDC protocol and you have a solid 5-Star $5 app until Apple resolves it properly in the OS, IMO -- Please make this app consistent with other menu bar utilities, and provide a launch-at-startup checkbox in the preferences. — Your app works by attenuating (dimming) displays, so you developer’s probably assumed moving slider to right the should logically *increase* “dimness”. But that isn't good GUI design. It's not the end of the world, but it is counterintuitive to the way things work in real life (e.g. not what users expect) — in reality most people move a slider to the right to make things brighter, louder, increase contrast, etc… So your interface is backwards, idiosyncratic and a bit awkward to use. In general, when designing real-world facing user interfaces, think like the typical user and do what makes the most sense for them, not what is most "logical" technically speaking for you as a nerd. 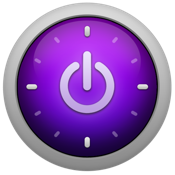 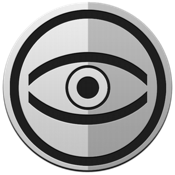 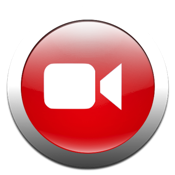 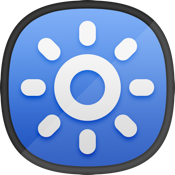 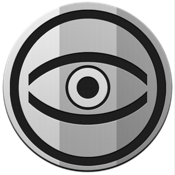 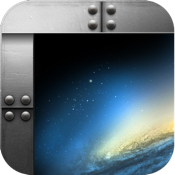