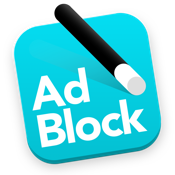 1. Ad block for you
Ads are blocked, with no pop ups. Just enable the ad blocker to browse in Safari ad block bliss – completely ad free

4. Ad block everywhere
Ad block on iPhone, iPad and Mac – the Safari web browser ad blocker for all your devices

Not all ad block is the same – other ad block such as Adblock Plus, Ghostery, Ublock are not the best ad blocker – why?:

Version 2.0 is our biggest release yet and introduces a new way to support websites through community whitelists, tools to improve battery life while browsing and a whole new look and feel. Version 2.3 includes all the features of v2.0 along with some bug fixes.

- Community Whitelists support good websites and advertisers. Once enabled, this feature disables ad blocking on sites that have been frequently whitelisted by Magic Lasso users. Through anonymous crowd-sourcing of whitelists, ads are only allowed on sites the community deem worthy. 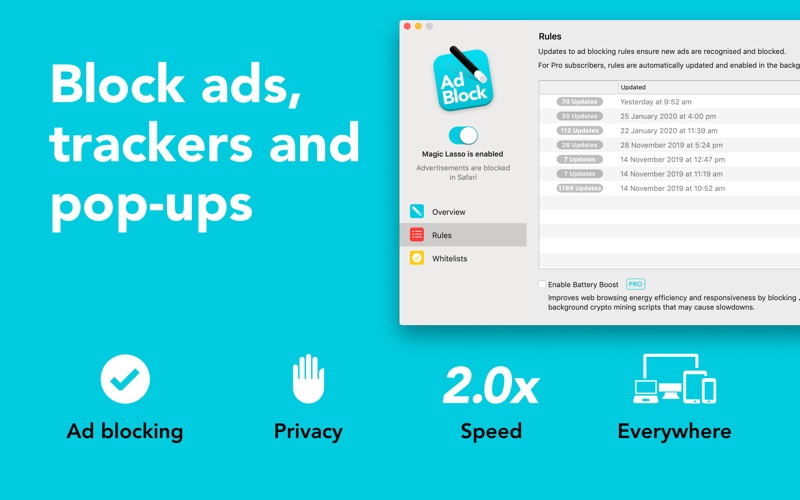 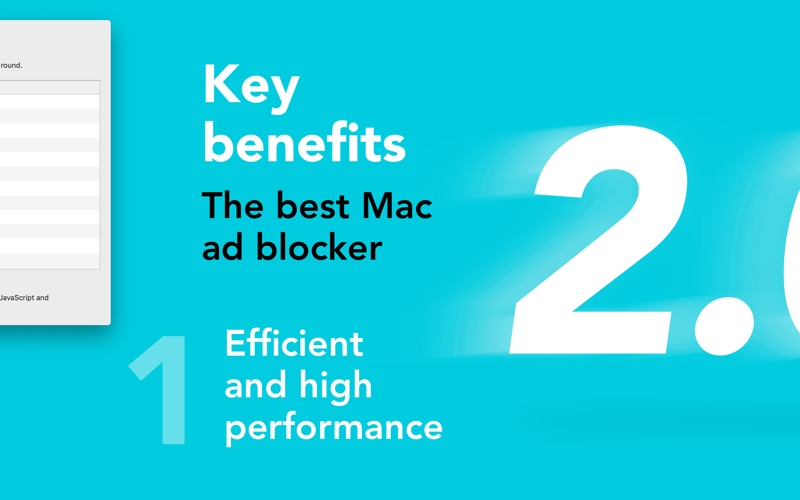 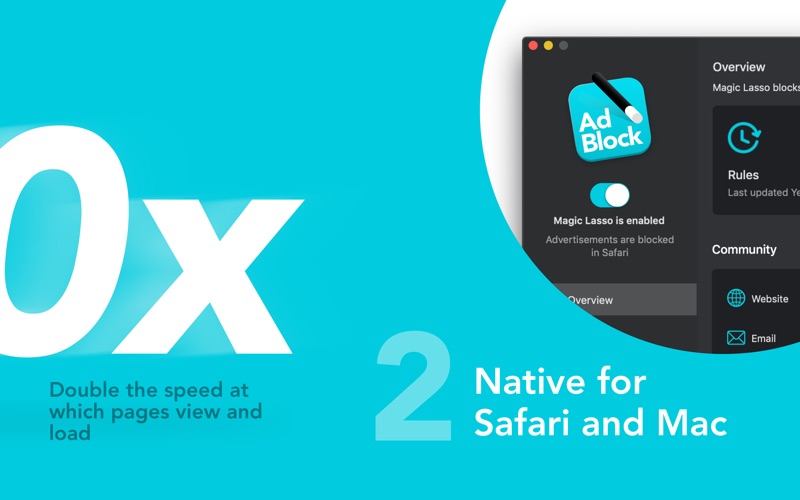 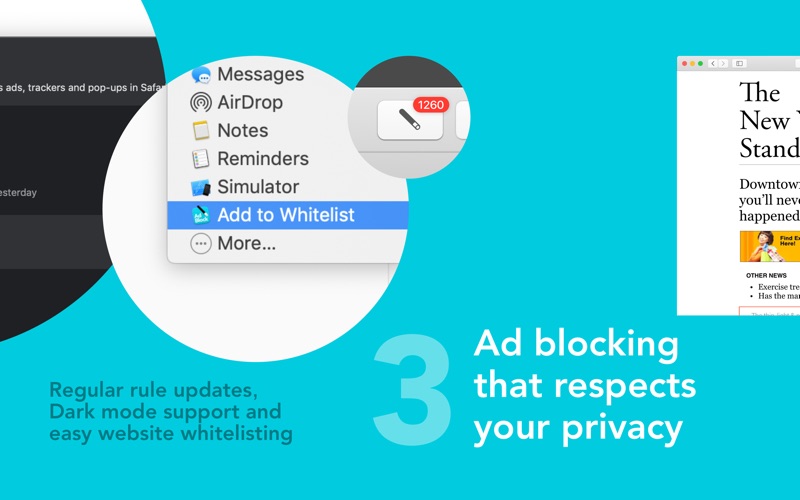 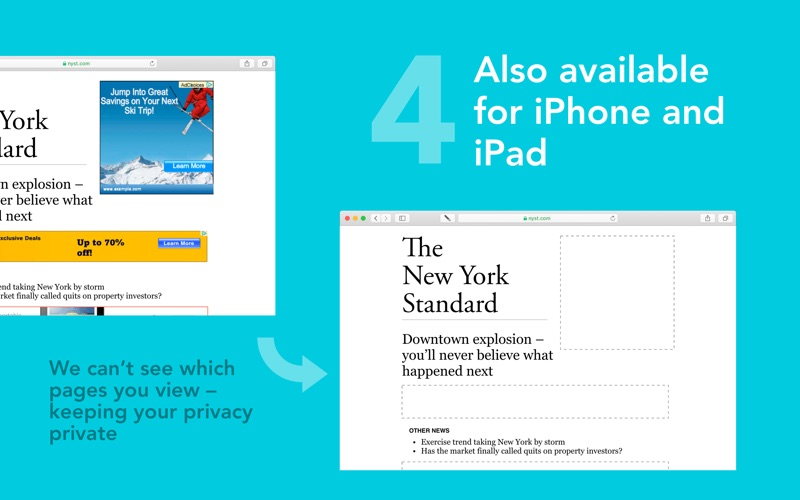 Signficant reduction in CPU Usage - I have a number of sites I use for research, but they get my CPU cranking after just a few minutes of browsing from all the ads. I don’t hear my fan nearly as much now that I have Lasso running when I browse. Highly recommend. All you need to do is isntall and then forget about it. And it’s super easy to reload the page with ads if you want/need.

Didn't say a word about money - Until you download it, then the first screen that comes up is asking for money. Immediately deleted from my computer. Response to developer's response: I appreciate you're response, however you side-stepped my issue and did not address it. My issue is after I downloaded and ran the app, the first screen that came up was one asking for money. Don't you think you should, at the very least, delay that pop-up until the user has has a chance to look at what the app does?

Two Safari extensions - Seems to wotk but: Lack of documentation! I have the Pro version and have two Extensions installed: "Magic Lasso 2.3" and "Magic Lasso Blocker 2.3". I can't find any information if this is corrct and/or why there are two. Only one star because I want to know what is installed and why.