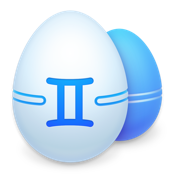 Free up tons of disk space with Gemini 2. It finds duplicate and similar files in every corner of your Mac, including Photos, iTunes, and even external drives. And with the Smart Selection algorithm, you can trust Gemini to remove duplicates correctly and safely.

Gemini 2: The Duplicate File Finder is brought to you by the team behind CleanMyMac X. Removing clutter and recovering disk space are our specialty, so we made a duplicate cleaner that does both like a pro. Get yourself Gemini 2 and you will…

Save time picking out duplicate files:
- Trust Gemini to autoselect the copies and keep the originals intact
- See how similar files differ with the help of handy icons
- Add your own Smart Selection rules, like deleting the duplicates that are older

Never lose an important file by mistake:
- If you removed the wrong duplicate, put it back in a click
- Exclude certain files and folders from scan
- Move duplicates to a separate folder or onto a USB drive
- Replace copies with hardlinks to save space without deleting the files

Make finding duplicates less of a drag:
- Enjoy the sleek space-themed design
- Have fun with wacky achievements and ranks
- See if you can spot the Easter Egg!

And if you’re wondering what tech reviews say about Gemini 2, wonder no more: we’ve gathered some of them below.

WHAT MAC EXPERTS SAY
“I’ve been an active user of MacPaw’s Gemini software since its inception, and Gemini 2’s release today has made me fall in love with it all over again. In just the initial scan, Gemini 2 found more files and more places where I could intelligently clear and save space on my Mac.”
- 9to5mac

“If you want to clean up your Mac, but are trepidatious about digging around in your files and accidentally deleting something important, Gemini 2 has a lot to offer and makes the whole process very simple.”
-  iMore

“With Gemini 2 there’s little reason to fear duplicates. It has a polished, intuitive user interface and the brains to differentiate copies from originals by testing them against nearly a dozen different parameters. It’s also much faster, especially compared to digging through thousands of files and folders the old-fashioned way.”
-  MacWorld

SUBSCRIPTION AND PRICING
Some features are only partially available for non-paying users and can be unlocked with a Yearly Access plan. For example, the non-paying users can delete found duplicates only manually via Reveal in Finder feature and don’t have access to Smart Cleanup.

See the pricing details in the Information section under In-App Purchases.

Have questions? We are always here to help. Please message our support using the contact below.
https://macpaw.com/support/contact

We’ve fixed an issue when you couldn’t go back to Scan Summary from Detailed Scan Results. 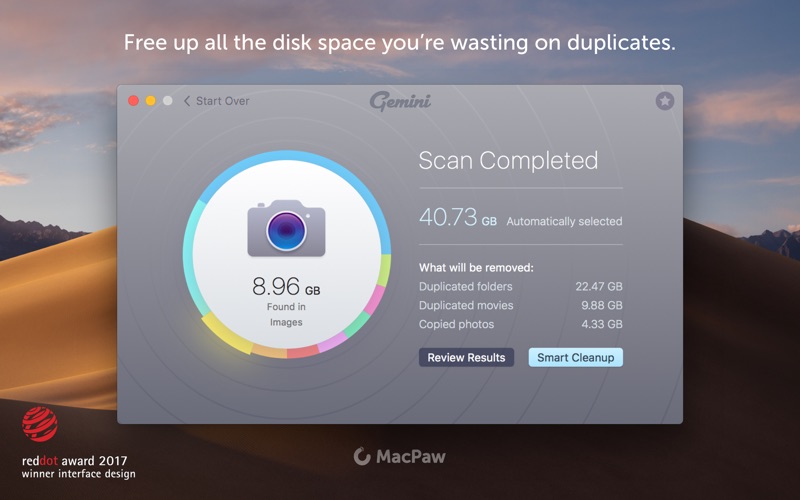 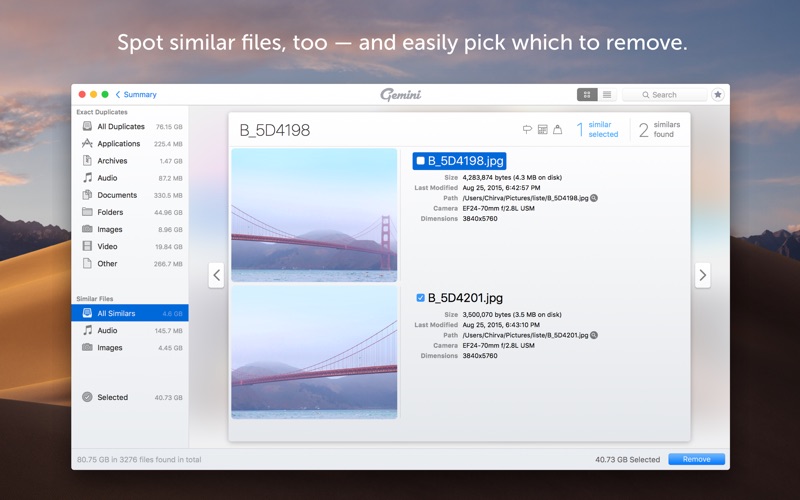 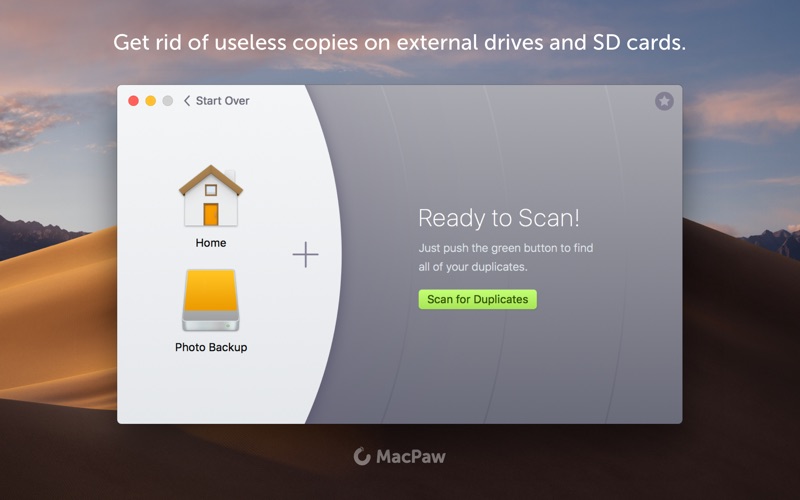 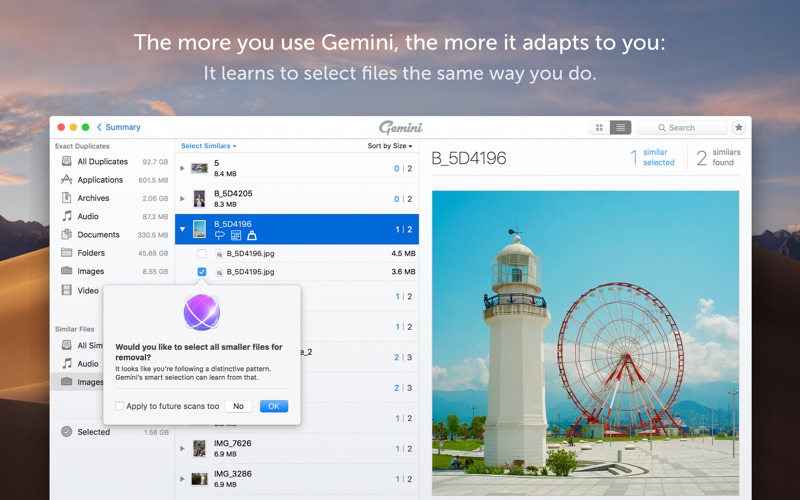 Great at finding duplicates and similars! - I just got rid of over 30G of duplicate files, some of which have been floating around for a decade or more. I found the interface fairly easy to use (though at times got a little mixed up and had to remind myself to select the one I want to DELETE, not KEEP!) It’s great at identifying duplicates… but don’t expect it to be 100% spot on. I did have to make some manual changes after the scan, and that did take a little time, but far LESS time than making a manual comparison to all files scattered across three hard drives. I would recommend always, ALWAYS, visually inspecting all matches before deleting. One thing I wish it would do, for when it finds duplicates scattered between two folders, is remember which folder you kept them in (much like it remembers whether you prefer older or newer, higher or lower resolution (or bitrate)). It’s probably a little bit more complex an algorithm to track, so I understand why it’s not part of the patterns it can detect. Also, it would be nice if it could flag any folders that were rendered empty after a purge, but I understand that, too, is probably above and beyond.

False advertising: Can't de-deduplicate cloud storage - This review is only for de-duplicating files in the cloud, which is what I needed, and what Gemini 2 can't do, despite what it advertises. I didn't try de-duplicating files on my computer. I downloaded Gemini 2 because it says, ""delete duplicates in cloud storage like Google Drive and Dropbox." It can't do that. I tried, eventually wrote to support, and they replied, "there is no possibility to scan your cloud storage with Gemini 2." They suggest downloading all cloud files and then scanning them locally. First, if I had room on my computer for all my cloud files, I wouldn't have much need of a de-duplicator. Second, even if I did download everything, all Gemini 2 could do is delete the additional duplicates that I'd just created in doing so. I'd still have to manually find and delete each corresponding file in the cloud. It's not just the app store that makes the false claim -- their website also says, "Duplicates are sneaky, they don’t just live on your Mac’s hard drive. Our duplicate finder scans and locates hidden copies wherever they are... Cloud Storages (Dropbox, iCloud)..." These false statements resulted in a big waste of my time.