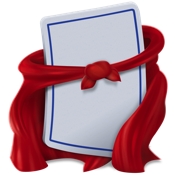 Make your own flash cards and take the pressure out of test preparation. Flashcard Hero keeps track of what
facts you already know so you can focus on what you don’t know and save a lot of time.

Beyond your average-vocab-app: We made Flashcard Hero for those of you who want to fit more than a few words on each card. You can add images, lists, and use text formatting to structure your content. Cards even expand as you add more text so you can take notes during class and turn them into study cards later. All decks can easily be shared with others via the web.

- Add images from your Mac and the Internet

- Difficulty level for each card

- Import decks you already have (.tsv and .csv format, Quizlet.com)

- Export as PDF and lecture notes


FOR TEACHERS AND EDUCATORS:

- Compatible with the Remote Control feature of the iOS app. You can use the iOS app as a remote to control the study mode on the Mac while you are projecting on a big screen.


What’s Next?
~~~~~~~~~~
This is just the beginning. If you’d like to see a certain feature, let us know through the feedback menu in the app.

Multiple choice buttons are now working again on the latest version of macOS. 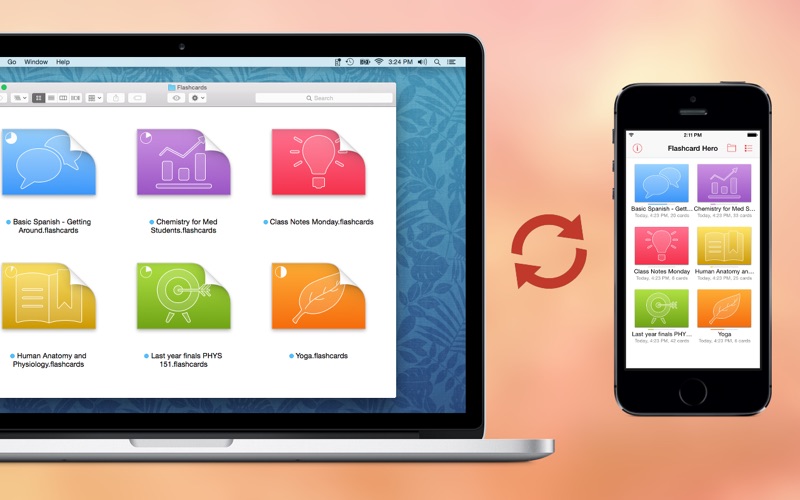 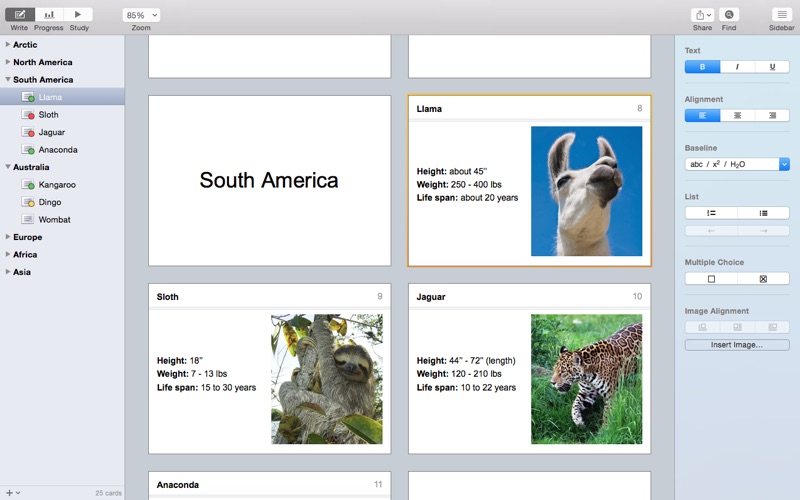 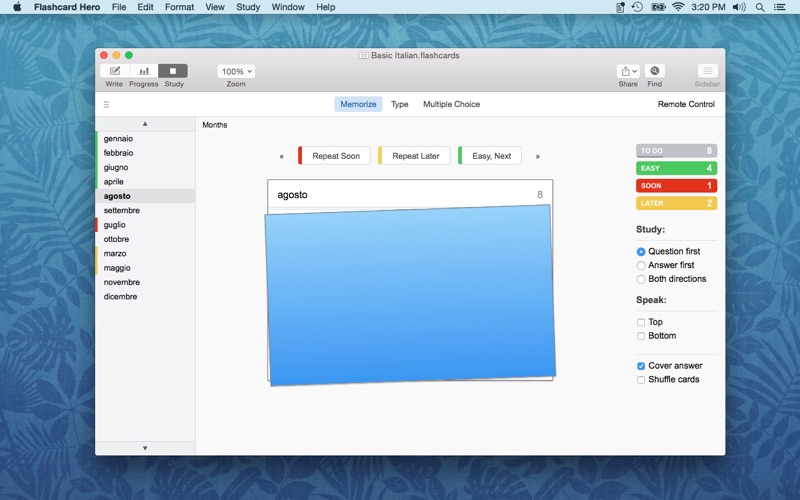 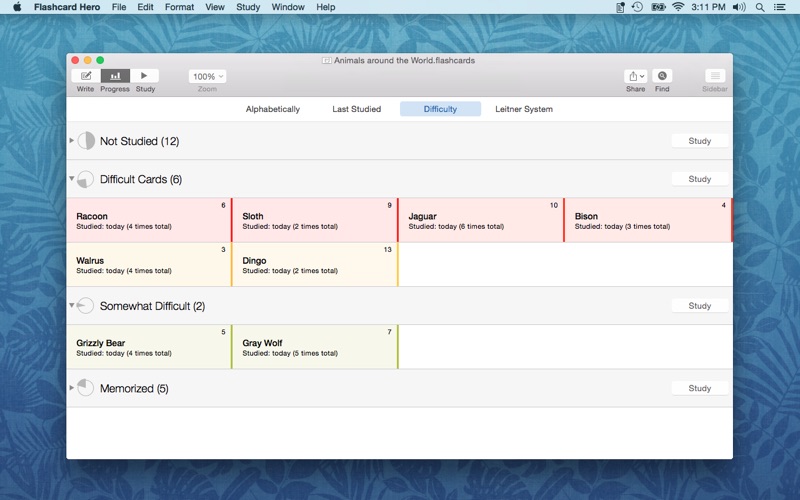 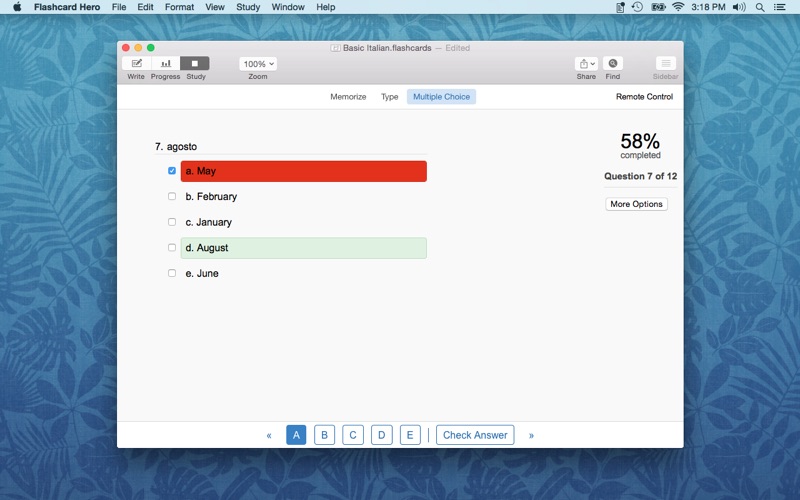 Veterinary Student - I’m in my first year at veterinary school and i apologize to grammar or spelling issues in advance (too much physiology to learn and not enough time)…I've used this app for every exam since i began vet school and just remembered to put a review up here. I usually take a set of notes in class and then that night convert anything applicable to flashcard form on my laptop…this app handles all kinds of flash cards great (and doesn’t require the internet which is an enormous positive for me)…i use images from my histology class on one side and descriptors/definitions or labels on the other side...these cards are then automatically saved on my iPad and my iPhone! (a huge game changer from undergrad for me) i study walking between classes, or even on my phone as i wait in line at the exam center...I just discovered the multiple choice question feature and thats been fantastic so far i’ve already told many of my classmates..i can’t recommend this app enough..you can get really creative with the cards because they’re so easy to create in different ways (….this may be the first or second review i’ve ever written for an app, but i’ve been getting great grades and felt whoever made this app deserves a major thank you from me)

Requires unnecessary OS upgrade - For an application that is relatively simple, requiring an OS X upgrade to v10.10 means older MacBooks must cannot use current features of the paid Mac version with their iOS 8 devices. Older MacBooks suffer in performance with the current OS versions, and don't gain any significant features. This is lazy engineering.

Found helpful by 5 out of 6 people

Fantastic transition from Duolingo TinyCards - I recently switched to Flashcard Hero after hearing from Duolingo that they are shutting down their TinyCards service. My main goal was to find a new flashcard app that had a nice user experience on both iOS and OS X and was able to speak the flashcards in multiple languages (including spanish). After downloading the app on my phone and laptop, I had a hard time importing my Duolingo cards because Duolingo didn't export the data in a logical format within their CSV export. I emailed FlashCard Hero to see if they could help me avoid manually rebuilding 900 flash cards. Rico emailed back quickly saying he was building a script for me so he could convert tinycard's export format into Flashcard Hero decks. A day or two later I got an email with my data, converted perfectly into Flashcard Hero decks that required no manual entry from me. Thank you Flashcard Hero for the awesome transition and apps!

About as useful as a paper index card - I wrongly assumed that I could have a question, and an answer, and that the question would have an image of my choice. Not so. As a result I don't see this as ANY BETTER than ANY OTHER app out there. In fact, I'd rather use Quizlet if that's the case. I don't know what it is with developers or Flash Cards. I am beginning to think it is just a simple thing to develop and thus you see it a million times, but none of you are particularly good developers. People learn better when they associate an image with the text. For example, if I see a picture of a hotel, and the word is гостиница, I will guess the english word for this noun is HOTEL. Without being able to associate a picture with the question, it's basically useless. I may as well just get an index card and write on it. Would be nice if just one developer on this app store had brains. You do absolutely NOTHING beyond what a standard index card can do. What is the point of the computer, or the phone, if you're not going to utilize the benefits it brings to the table. What are those benefits? Well, for one, AUDIO, and TWO, an image or video. At some point I'm going to have to learn to program so I can just put all of you out of business. You do nothing. Almost nothing. I'd be embarrassed if this was my app.

I cannot open and just purchsed this. - I cannot opend the app and there are no instructions or directions as how to operate this. I would like my money back.

Professional Seeking Contining Education - I used to carry flashcards around in my pocket to learn languages, and I fell off the habit. This is a great intuitive app that you can carry around on your phone. You can learn a lot without memorization, but you cannot do away with it altogether—memorization may seem like a chore, but some chores are still necessary, and Flashcard Hero makes it fun. Try it, and exercise some neurons!

Great study app with multiple uses - This one of the most practical apps I have ever purchased. I haven't used the Windows version, but the Mac OS and iOS versions work seamlessly across devices. I've used this as a study aid in a paralegal program, as a repository for book notes, software and coding shortcuts and just about anything else I want to retain and/or keep handy. I'm constantly finding new uses for this app. So far it has been rock solid and the developer is super-responsive to feedback and feature suggestions. Highly recommended! 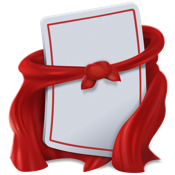 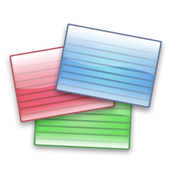 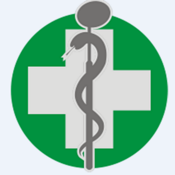 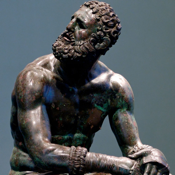 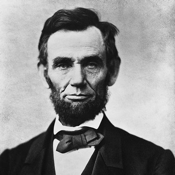 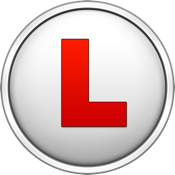