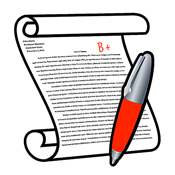 **We are currently working on an updated version of Essay Grader for Mac OSX Yosemite. Please bear with us while we make the change. Thanks.**

Provide excellent feedback and reduce grading time with Essay Grader. By moving back and forth between a series of tabs and clicking appropriate checkboxes, a feedback document is created for each essay you grade. The final assessment document can be emailed to the student, emailed to yourself, or exported to your computer for printing, editing, and archival. By eliminating the need to write the same comments over and over again with a red pen, Essay Grader allows you to grade faster and better than ever before Reclaim your weekends, provide highly targeted comprehensive feedback and watch your students' writing improve with Essay Grader.

Essay Grader comes with an extensive library of pre-written comments in the areas of praise, organization, content, mechanics, style, and documentation. Each comment comes in six unique varieties in order to provide varied language on graded feedback documents. The first and last paragraphs of the grade document are optional free-write paragraphs where you can personalize each student’s feedback sheet. You can even write custom comments while grading. After you have chosen the necessary comments, assign a holistic score on the “Grade” tab and that grade will appear at the bottom of the student’s feedback sheet.

From tab labels to comment text, every aspect of Essay Grader is fully editable. Customize the default comment database or create an entirely new database of your own. Essay Grader's content can be modified to conform to any discipline, rubric, or grading style.

Essay Grader is not just for grading papers and not just for English teachers. The app's flexibility makes it perfect to evaluate just about any type of project, performance, speech, product, assignment, or creation. Teachers and professors from middle school through college report high praise for the extensive feedback generated by Essay Grader. Many departments are even using Essay Grader to standardize grading procedures and feedback language across vertical and horizontal teams.

Dramatically decrease your grading time, provide praise, and give more thorough feedback than ever before with this highly effective assessment tool. Essay Grader was developed by a college English professor with extensive secondary experience and is appropriate for all levels from secondary through graduate-level university academics. Press the info button from within the interface for extensive support resources.

**Visit our YouTube tutorials to see Essay Grader in action.** 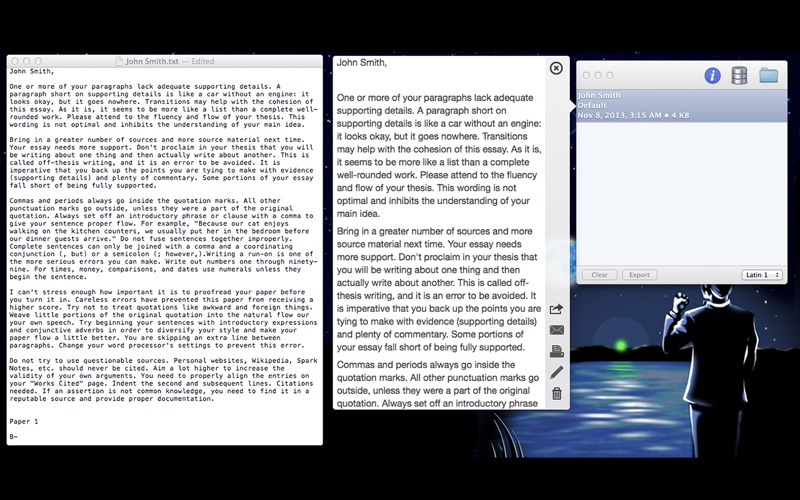 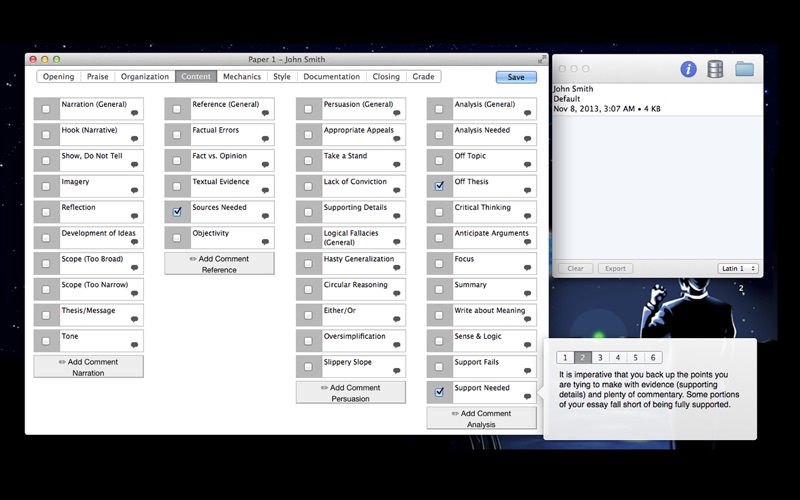 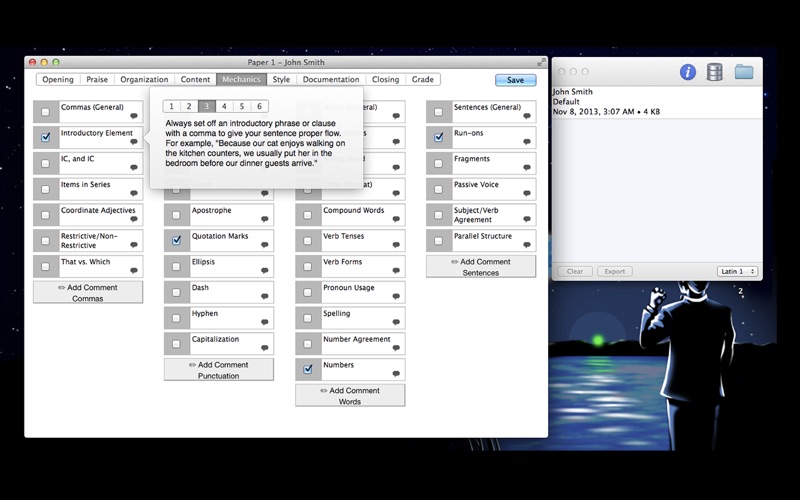 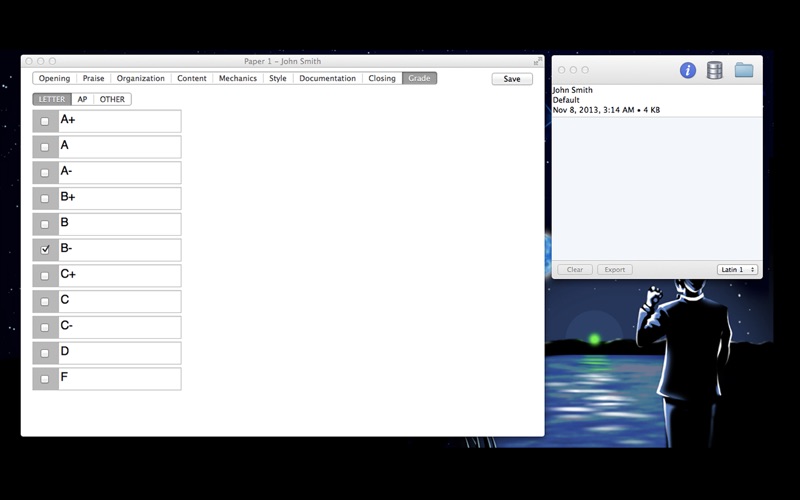 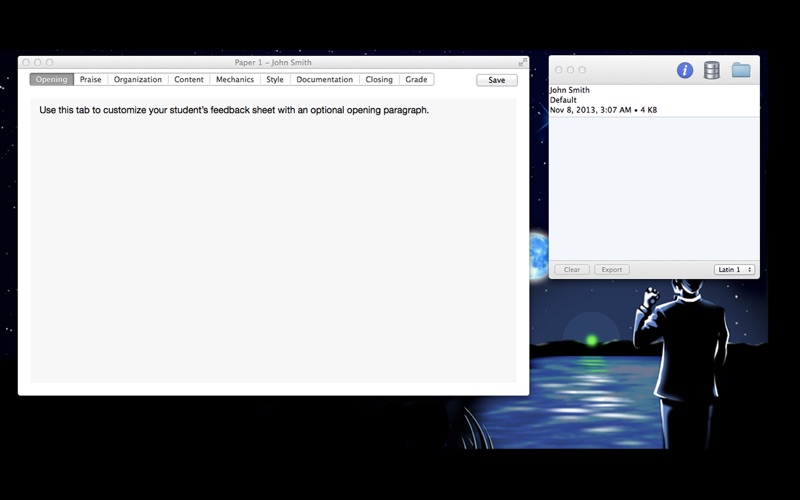 Love it. - When I first purchased essay grader, I just thought it would save me time. I was right. I have saved tons of time, but what I didn't realize is how much more effective I would become in my grading. My students' papers have improved dramatically. WIth Essay Grader I can provide extremely detailed feedback. The feedback they receive amounts to a mini-tutorial--something I could never do by hand. The comment csv file can be edited quite easily and functions quite well once you understand the layout. I have not experienced any bugs or crashes that were not self-inflicted. The developer's support blog covers most topics. Overall, I give this app an enthusiastic AAA rating.

Not worth $15. Wait for a decent update. - Fair app. Very little information on how to use it. Help file is dismal. Not everything can be edited despite the claim it can. Database does not save and has to be rebuilt on every use. I would wait for a significant update and a decent help file before purchasing. Support link does not work. I gave it 2 stars only because some comments can be copied for use. Other than that it is useless. Most of it is far too general for serious grading. Not worth $15. I would pay maybe $1.99 in its present state. Do not waste your money as I did mine.

Beware! - The 'info' icon redirects to a site with a particularly convincing trojan horse. Unless you already know how to use the program or you're prepared to spend some time getting rid of searchmine.net and a bing redirect, I'd avoid it. 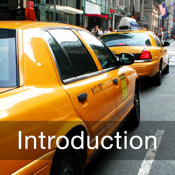 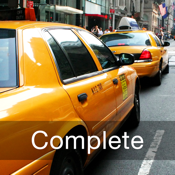 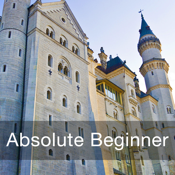 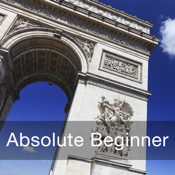 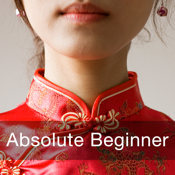 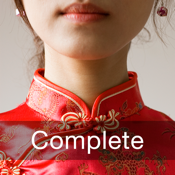