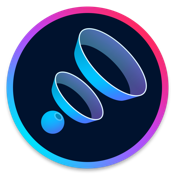 Boom 3D is a system-wide volume booster and equalizer for Mac that delivers an unbelievably realistic and immersive listening experience with its magical 3D Surround Sound and futuristic technology.

It automagically boosts all audio and creates the perfect sound profile for your Mac. With a sleek and intuitive interface, an extensive assortment of presets, an option to control the volumes of individual applications centrally and a wireless control (Boom Remote), Boom 3D gives you full control over the audio coming out of your Mac.

3D Surround Sound-
The app comes with a patent-pending 3D Surround Sound technology that offers a mind-blowing and immersive virtual surround sound that can be experienced on ANY headphones! You will be transported into your story while the audio will flow all around you with incredible realism. It adds an extraordinary sense of depth to even the feeble notes making them BOOM with 3D!

Volume booster-
Boom 3D acts as a volume booster for Mac that takes audio levels up to deliver an enhanced audio experience. This works system-wide so that your entire Mac OS X machine produces louder, better and enhanced volume all the time!

Advanced Audio Player-
Knowing the desires of Audiophiles, Boom 3D comes with a full-fledged audio player that allows you to organize your favorite tracks into playlists and enjoy the sensational studio quality sound, right on your Mac.

Equalizer Presets-
The app has been outfitted with the most advanced Equalizers that allow you to modulate your audio with just the slide of your finger. A vast array of presets has been carefully crafted to match the different genres of music so that you can simply dial into the audio to suit your moods.

20,000+ Radio Stations-
Boom 3D comes with Radio that gives you free access to more than 20,000 local and international Radio stations across 120 countries!

Controlled Boost-
Don’t worry about cranking up the volume high on your system speakers as Boom 3D comes with Controlled Boost feature that helps you adjust the boost while keeping it in the perfect range.

Intensity Slider-
It offers full control over the audio output and allows you to adjust the Bass and Treble. Shove it up or bring it down until you spot your optimum level.

Audio Effects-
To yield a complete listening experience, Boom 3D brings in amazing audio effects that that can radically transform any kind of audio by adding an intense, unique effect and a completely new perspective.

Wireless Control-
Access Boom 3D features from anywhere within your house or at work with the ‘Boom Remote’ installed on your iPhone and iPad. Control Boom 3D, your Mac’s default volume level, and the playback controls of Spotify, VLC, QuickTime, and iTunes!

If you want to convert your Mac into an entertainment powerhouse for videos, music, movies or games, Boom 3D is a must-have!

Note: Boom 3D may not work when AirPlay and FaceTime are enabled or running on your Mac.

Support: Write to us at [email protected] in case of any queries. We are happy to help!

If you enjoy Boom 3D, please go ahead and rate & review the app. That would really help us out. Thanks! 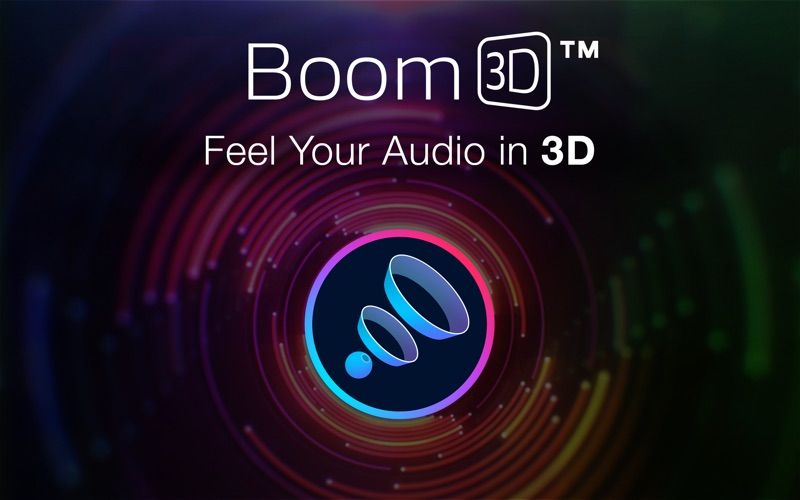 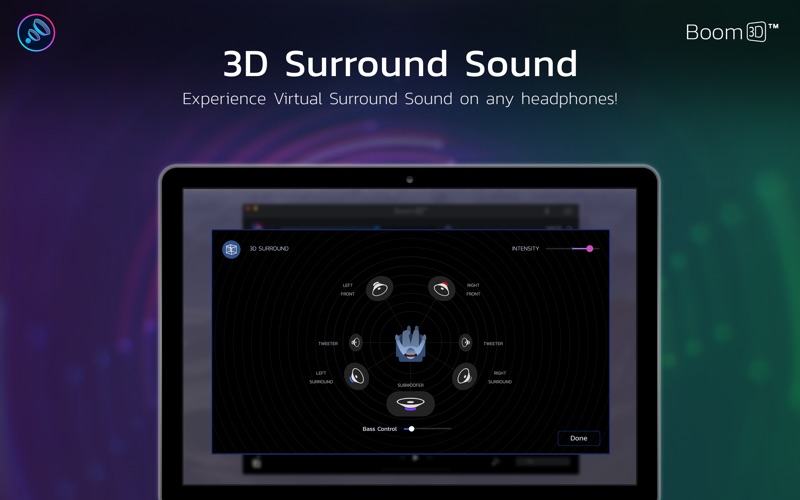 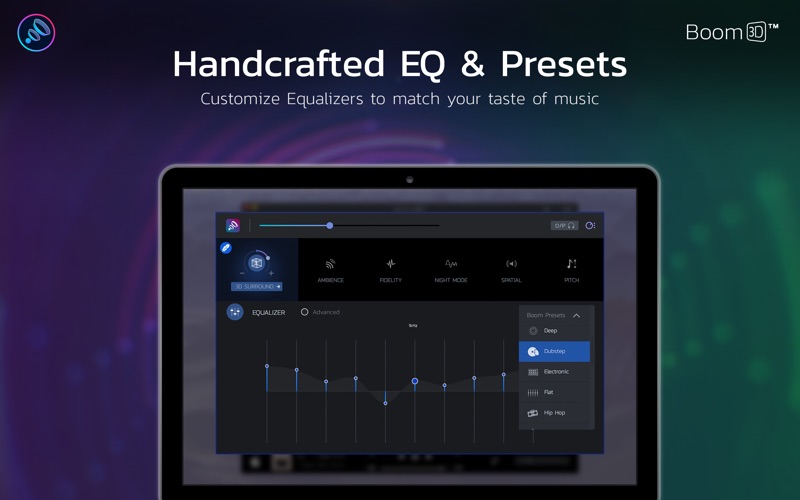 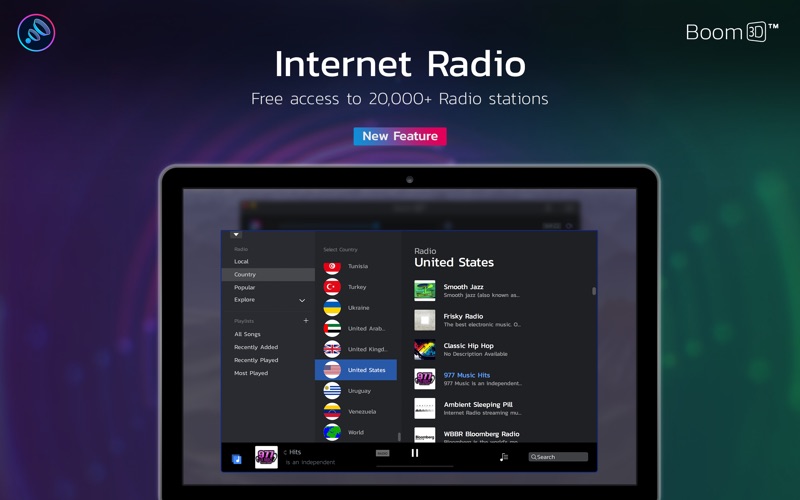 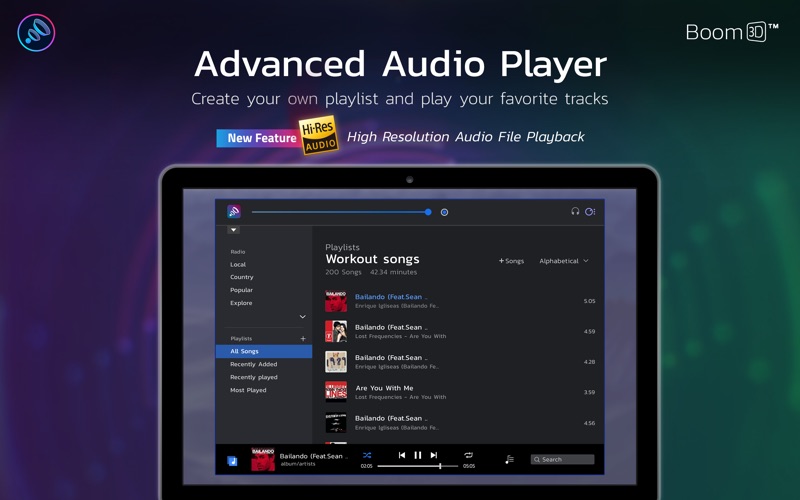 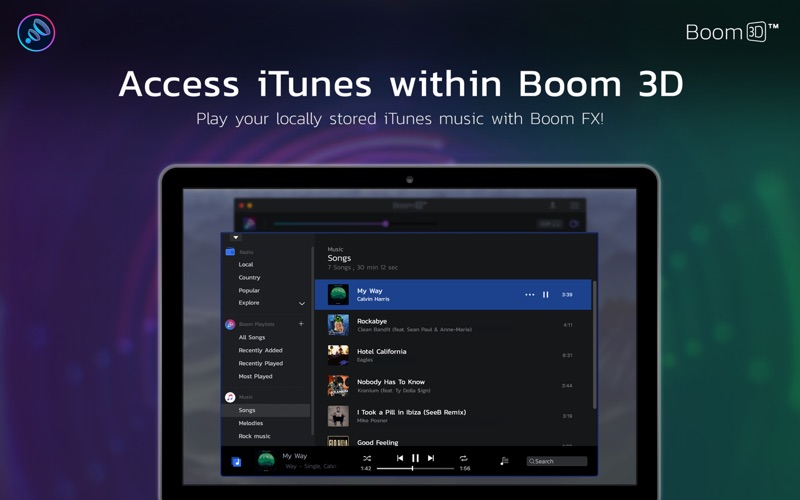 Just buy it. It makes old music new again. - GOTO THEIR WEBSITE FIRST - try the free DEMO. Play some music inside Boom to compare. Then buy it on the App store after deleting the demo. This is one of the best designed programs I've seen in years! My only complaint is that it has headphone and speaker settings in there... but I'm unable to have it switch between what I do for each... if I switch output from headphones to speakers (which I often do) then the settings remain the same and I have to adjust them again. It looks like there is something in there for doing this intuitively (probably?) but it is probably some bug. Other than that, it's perfectly done and Apple should buy it and integrate it... except they'd probably ruin it... One smart feature that also would have been nice is if the app detected that I had iTunes sound enhancement on (look in the plist) and told me to turn that off because I found having them both on did not sound good. I almost didn't buy from the demo until I realized iTunes was the problem! So check your iTunes playback preferences. This app is similar but system wide and much better than iTunes enhancement.

WON’T EVEN RUN - Waste of money developers fix this asap.

Found helpful by 8 out of 20 people

Meh - My speakers sound better without it. Seriously. I bought it but never use it.