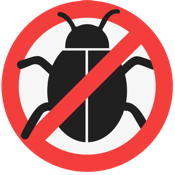 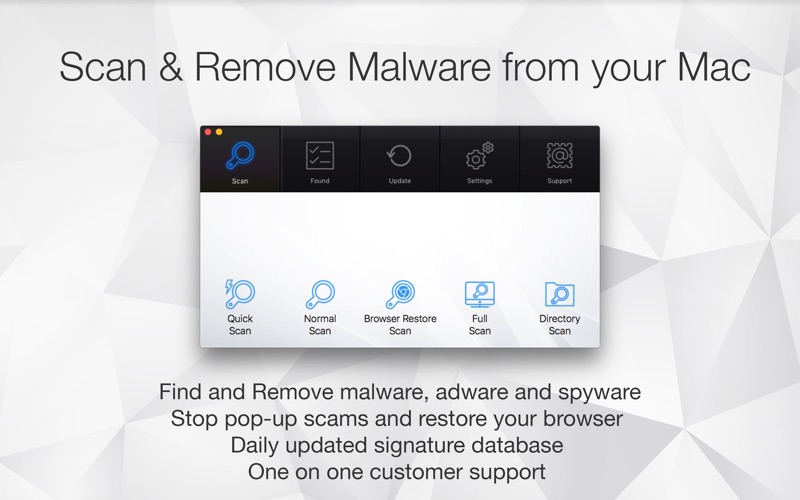 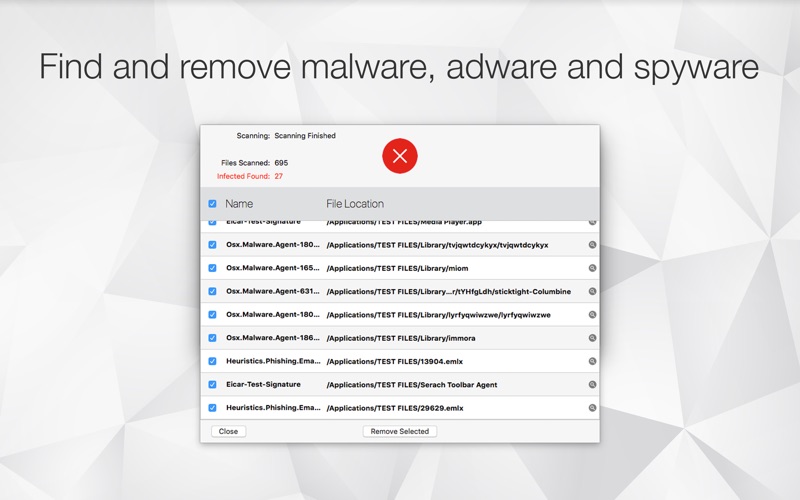 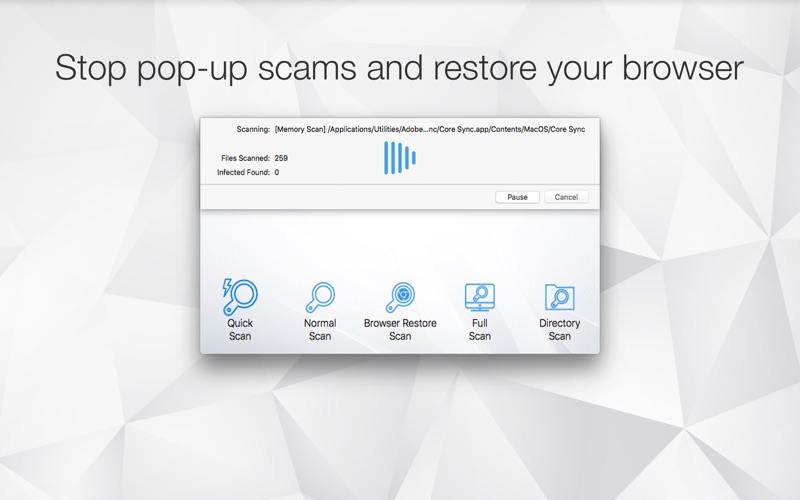 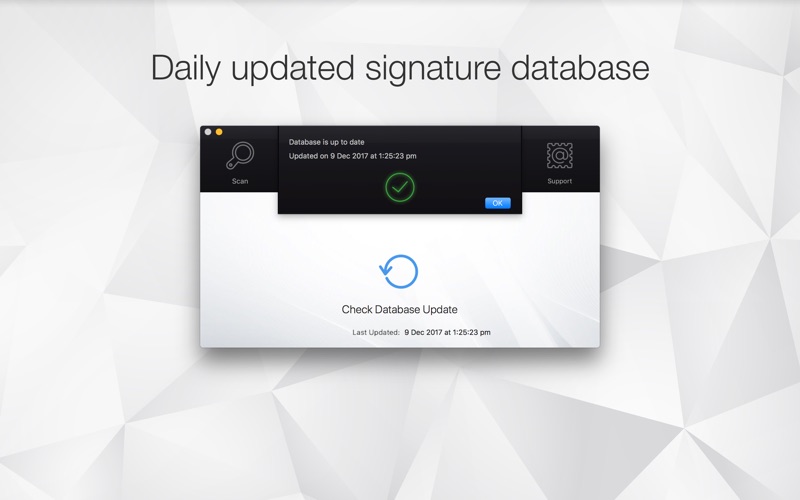 2013 MacBook Safari attacked by PUP malware adware - I had a takeover of malware visiting an online weather site. What appeared to be a genuine Apple notification to upgrade my Adobe Flashplayer took over the browser page. I inadvertently clicked on download and a myriad of windows opened. By the time I was able to shut Safari down the damage was done. Everytime I went on my email pages and FB page, more popups took the pages over. I had AD Bloc active. It did not stop it. I tried all the remedies on Apple Forums. My Apple software updates are always current. Nothing worked. I searched App store for best rated and most used app for fixing the problem and found this one. Read the reviews. Decided to give it a try. I ran the Quick Scan, not really quick as I would define it, but with more than 200K files scanned, 33 male wares came up. 31 were able to be removed directly from the the scan report. 2 had to be removed manually by following the directions. Easy enough. Result, so far no malware pop ups on any of the sites mentioned. Update on initial removal. Within a day, pop ups returned. So I did a full deep scan. Found four more bugs that were hidden. Removed them. Since then, no problems. I think I should have done the Deep Scan first. Nice to have my Mac back!

OptiBuy is still here - Even it is detecting the OptiBuy it will not remove it. I am still having problems with my Safari browser.

Found helpful by 0 out of 0 people
5/5
Version 3.9.9
Review by mcrozierlohrey

I LOVE this app!! - Works every time!