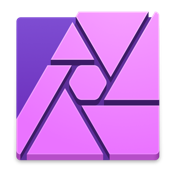 Faster, smoother and more powerful than ever, Affinity Photo continues to push the boundaries for professional photo editing software. With a huge toolset specifically engineered for creative and photography professionals, it has everything you need to edit and retouch images, create full-blown, multi-layered compositions or beautiful raster paintings, and so much more.

Advanced brush engine:
• Huge library of painting, drawing, textures and professional DAUB® Brushes included
• Create custom brushes and nozzles with full control over advanced dynamics
• Combine multiple brushes together and paint in a single stroke
• Full support for Wacom and other graphics tablets, including pressure, tilt and shortcut buttons
• Real-time preview of your nozzle – see what you are about to paint or erase before you do it

Fast, customisable effects:
• Massive collection of effects available, including blurs, distortions, tilt-shift, shadows, glows, lighting and many more
• Choose to apply effects non-destructively with live effect layers, enabling you to erase away or mask effects after they have been applied 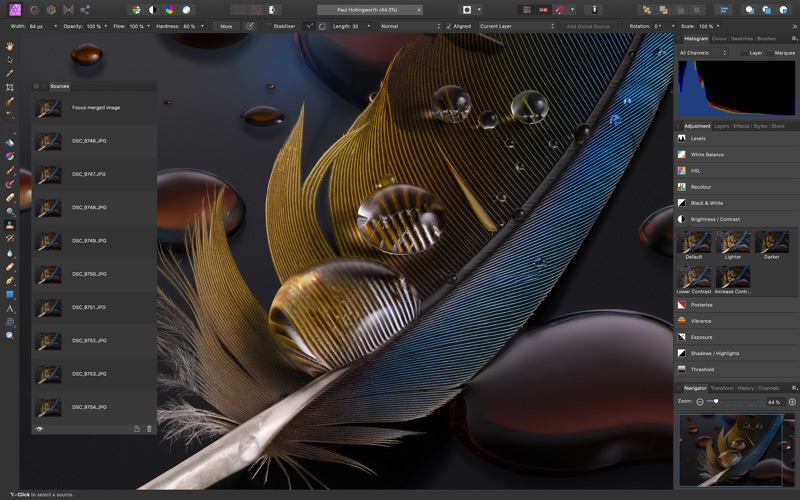 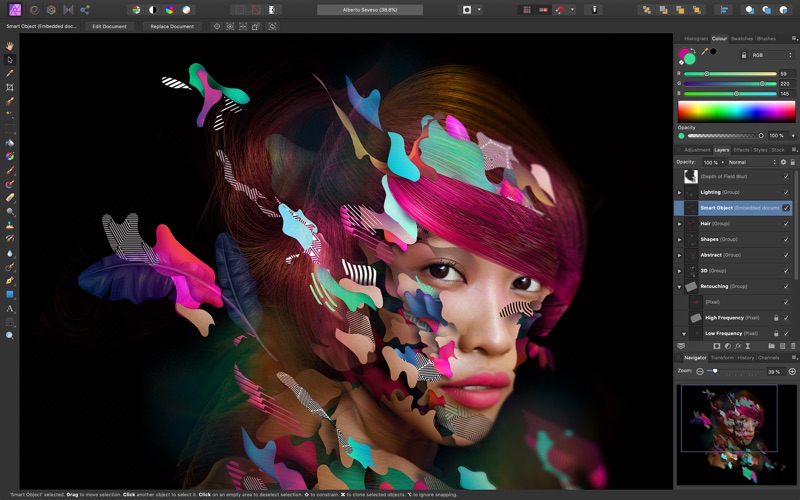 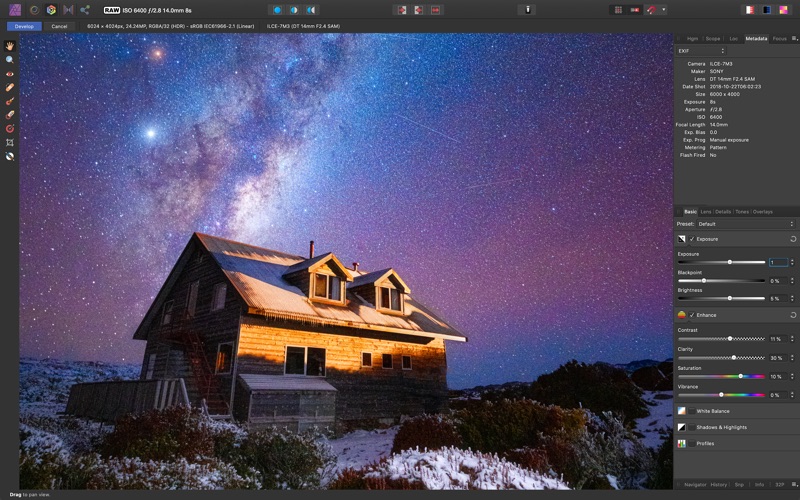 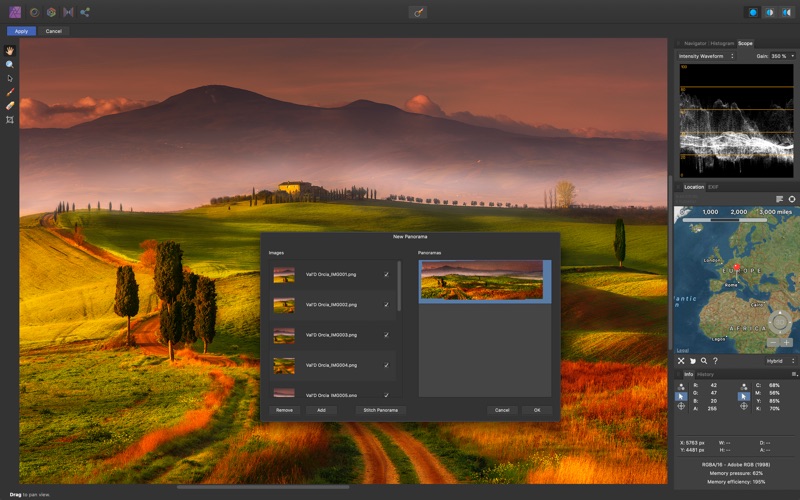 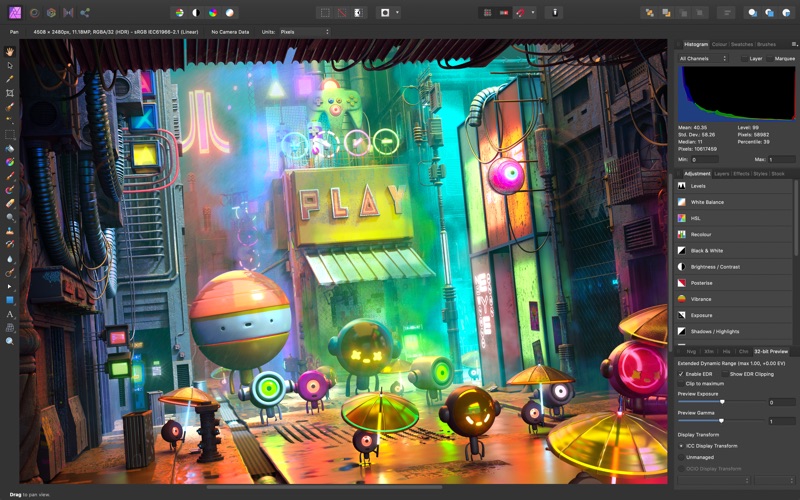 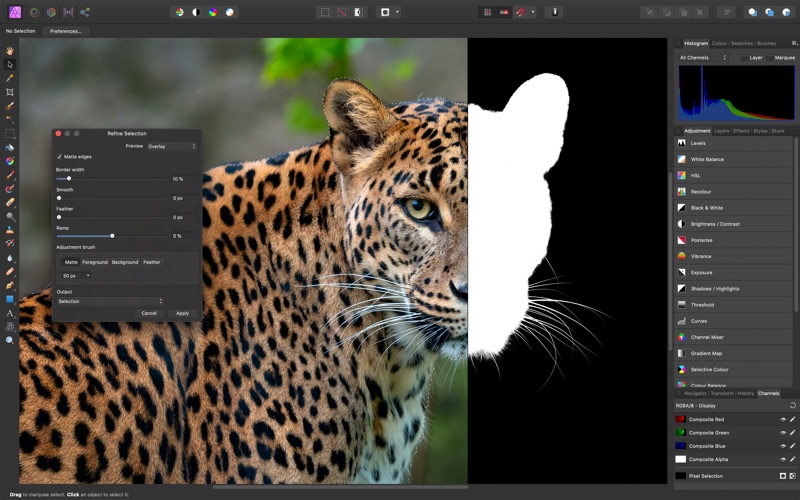 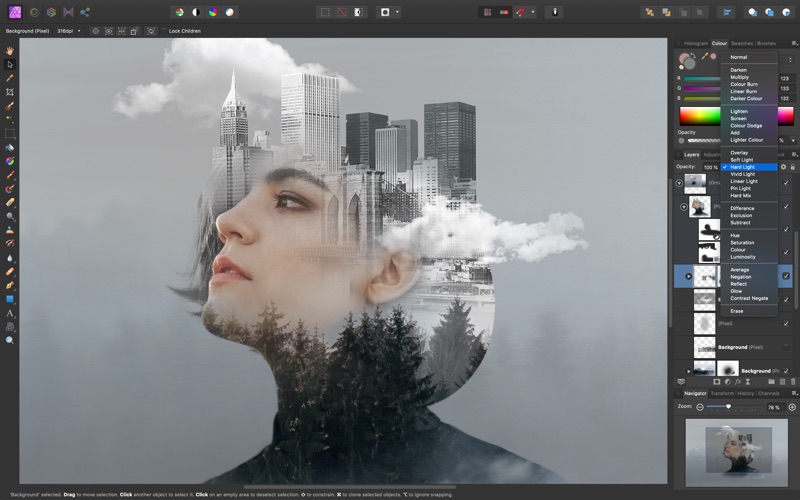 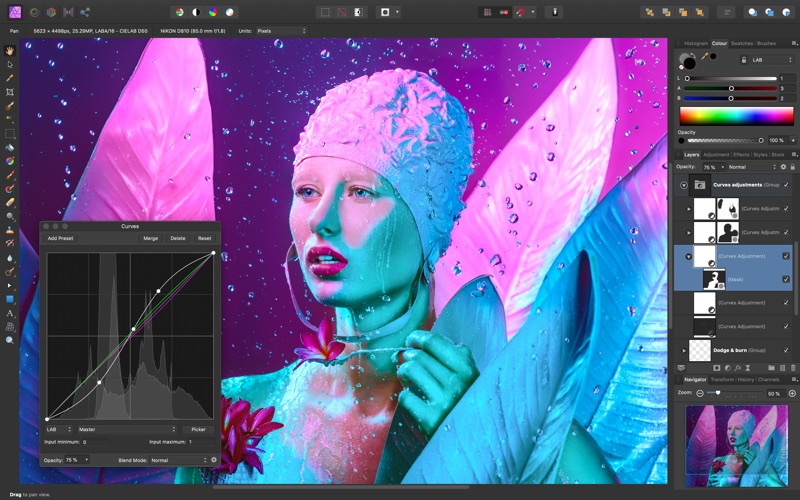 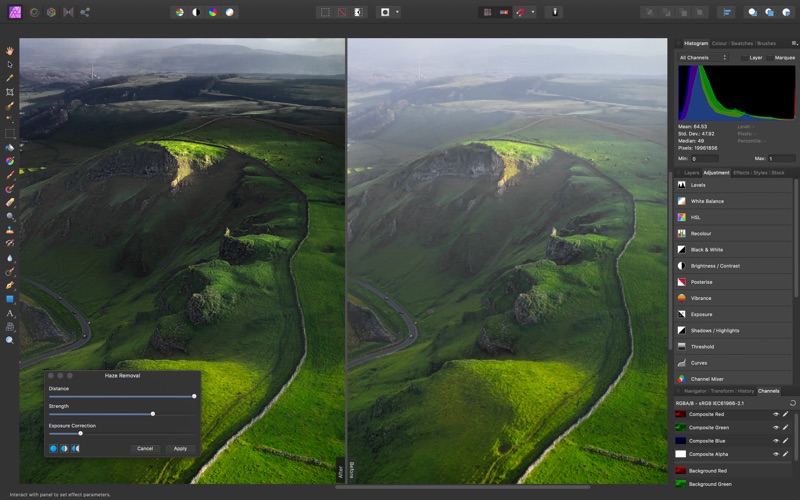 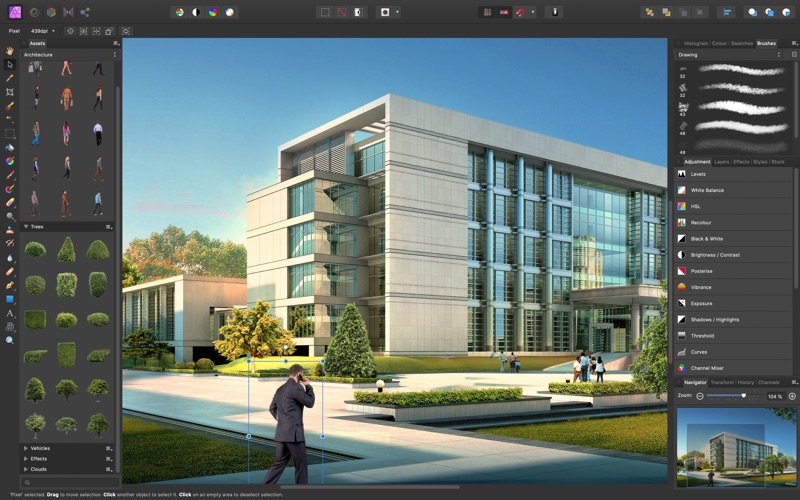 How is Adobe still in business!!??? - I've been a professional photo editor for over 15 years. The editor of choice for the majority of that time was Ps. I've also used Lr and Corel. a few months ago, I was over at a friends house when I noticed one of his kids was editing her vacation photos using Affinity Photo. She knew her way around the program quite well. So I (somewhat arrogantly, I must admit) began challanging her to perform a number of edits I thought the program wouldn't be capable of doing. I quicky learned that Affinity isn't an editor to take lightly. I realized, my arrogance had gotten in my way all these years, assuming Adobe PhotoShop was the best editing program. I was wrong. I purchase Affinity Photo and Designer recently, complete satisfaction. Left Adobe in the rearview with no intent of going back. Affinity has the quality and capabilities of Ps, in my opinion. It's even easier to use on the Mac compared to Ps. Not to mention, at a fraction of the cost. For all the pros and casual photo editor's out there I can assure you Affinity Photo and Affinity Designer will do nothing less than impress. Best purchase I've made for my business in a long time. My wife and eldest daughter already use it to for their own photos and projects. Best bang for the buck. But not factoring in the awesome price, still absolutely astonishing capabilities and end-user performance. Best of luck to you all and sorry for the long review. I get excited when I win big lol.

Affinity Photo - I am a serious amateur photographer and use a variety of Photo-editing programs including Photoshop 9, 10, and 11, Perfect Photo Suit, Intensify, and other enhancement apps or special effects apps purchased from the Apple Store. On the Affinity product description, there is a claim that it is "intuitive". That word alone significantly contributed to my decision to purchase it. However, after spend most of a night and all day, I did not find it "user-friendly", despite my experience with other software that really is intuitive and the learning curve is not so steep. My first complaint is that Affinity is not intuitive and a manual should be available. The second complaint is that although there are many tutorials to walk the user through several processes and applications, not all the tutorials opened and played. Maybe others can grasp the multiple tutorials and swifly use Affinity for professional-level editing, but I couldn't. Maybe I am a slow-learner. My third complaint deals with vocabulary. In the application, there are many terms unfamiliar to me in photo-editing such as "persona", "mesh", "fluidity", etc., I had to constantly refer to the help section to grasp what these terms mean. This app may be suitable for others, but not for me.....

I want my money back - Seriously confusing for us amateurs--don't waste your money unless you are some millenial code-writing little snot...i jsut wanted to make my birding shots sharper...and at first that was happening...then, as i got more into it, tools i had first uysed disappeared, and it jsut continued to get worse... I admit it, I'm and old so-and-so and i Just.Wanted.Sharper.Birding.Photos. maybe you young snots can easily use this and laugh at us old people, and thats fine...yeah, we know, we're stupid. Give me my money back

Not great for photographers - I struggle with Photo because it is missing important features for photographers. The develop tab doesn't work like PS Raw, it doesn't save an XMP sidecar file, requiring you to keep doing raw edits when you reopen photos. Serif should have a DAM feature in Photo or make a DAM app that integrates tightly with Photo that is similar to Capture One app for less. Export is clunky, the more dialog should be incorporated into main export dialog.

obtuse - Unless you are coming in brand new, you might have a chance. If you come from a Photoshop background, you'd best avoid this app. It is full of annoying little "bugs" or "features we need to add." Here is one of my favorites: the OPEN command does not sort by file name. So, files called X123, X124, X125, and X126 do not necessarily (in fact. almost never) show up one after the other - they are just littered about randomly in the finder window. The forum folks had no explanation. "Will hopefully be addressed in an update" Since about 3 yrs..... Sign up for their forum and read carefully before you plunk down the $. It is highly touted by a dedicated set of fans, and it is a powerful program, but I gave up after a month of near-constant frustration. Two stars only because it really is powerful. Learning curve is a vertical line.

Free from Photoshop - I was an early adopter to AP, and mainly that's because I had a ton of actions created in PS. But once I got those "macros" created in AP I didn't go into PS ever again. Sure, there are some differences between the two, but after the small learning curve there's nothing I can't do in AP that I used PS for. I would 100% recommend AP to people. The only thing that could be improved is their raw developer. It's not bad by any means, but it's just easier for me to hop into Capture One. Hopefully one day I'm able to drop that one too... but AP would need to be better at developing Fujifilm RAF first. I'm hoping to catch their bundle sale sometime soon as I heard they sell all three products on occasion for $79 as a flash sale. I bought Photo for $49 when it released and I haven't regretted it and you won't either. A friend of mine bought it for 1 feature, high frequency separation - and she ended up migrating over entirely too. Please note, I'm a photographer, so I can't speak on its ability for anything besides editing photos, but I know it can do so much more. Normally I would deduct a star if there was an entire section I felt was so-so (raw editor), but honestly I think it's equivalent to Adobe Camera Raw. So if you're expecting it to be Lightroom, it's not. But if you make most of your adjustments in ACR, you'll be happy too. It handles dng, and other raw files just fine, but for whatever reason, it's slow on developing fuji RAF. Great product, go ahead and buy it!!